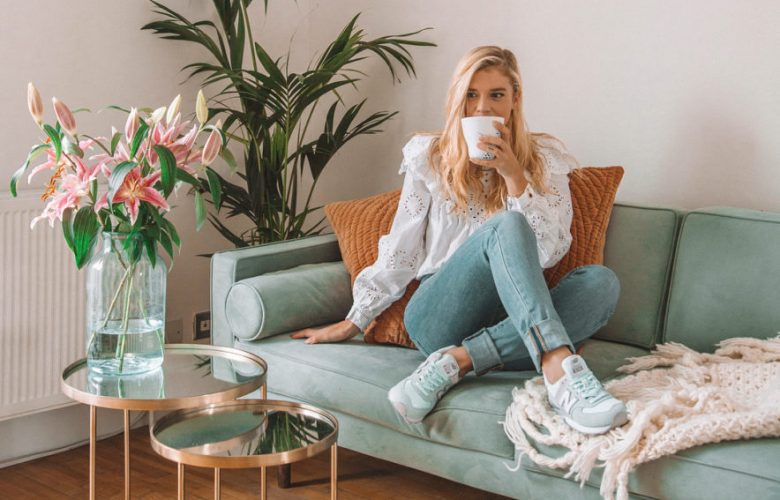 It’s the last weekend of November, which means it’s an entirely appropriate time to get in the festive mood with some cozy, Christmassy movies on Netflix and Amazon Prime. This weekend, whether you’re chilling inside, shopping for the best cyber weekend deals or out to see Christmas lights switch on, you can’t escape the fact that the festive season is almost here.

It’s never too early to get into the holiday spirit, and there’s no better feeling than cozying up on a Sunday evening under a blanket and watching your festive movie faves. Here are a couple available on Netflix and Amazon Prime that you need to watch right now.

If you’ve seen Bad Moms, you know the premise. It’s all about the hilarity of motherhood and friendships in a PTA and playdate kind of world. Three moms struggle against the expectations of creating the perfect Christmas for their kids. However, this time, their own mothers show up – just to add to the fun.

Starring Mila Kunis, Kristen Bell, and Kathryn Hahn, this is sure to lift you up and get you in a good Christmassy mood. Find this one on Amazon Prime.

This film is an absolute classic. Before the days of Airbnb, Kate Winslet and Cameron Diaz did a bit of a house swap around Christmas time. Iris (Kate Winslet) is fed up of mooning over her co-worker/ex, while Amanda (Cameron Diaz) finds out her boyfriend has been cheating on her. Both women are similarly fed up, but heartwarmingly, both find something they might not have expected once they switch lives with each other. Watch on Amazon Prime.

How could we not include good old Bridget Jones? Bridget is 32 years old, single, clumsy, and a bit out of her depth in the world. She exists in a world where all her family wonders why she is single, her friends are mostly partnered up, and her boss (who she fantasizes about often) hasn’t looked twice at her.

When she decides to start a diary and change her life, a lot of wild things happen. Torn between Daniel Cleaver and Mark Darcy, a new job, and trying not to embarrass herself constantly – this is the ultimate feel-good film. Available on Amazon Prime.

Zoe (Jennifer Lopez) decides she isn’t going to wait for the right man to show up anymore. She wants children so desperately that she undergoes artificial insemination. Of course, that very same day she meats Stan. Who appears to be the right man, after all.

Now Zoe must decide if she tells him that she’s potentially pregnant before they’ve even gone on a second date. Heartwarming and funny, this film is perfect to cuddle up with on a Sunday evening. Available on Amazon Prime.

Brad and Kate (Vince Vaughn and Reese Witherspoon) are a modern couple who come from dysfunctional families. They despise the idea of getting married or having kids because of it. In an effort to escape their families at Christmas, they try to go on vacation – but are stuck at the airport and caught on TV.

They end up having to visit each of their parents respectively and spend four Christmases in total with them, forcing them both to look at their relationship and what they really want with fresh eyes. Available on Amazon Prime.

Every year there’s a new Princess or Prince film on Netflix and Amazon Prime. And this one is no different. Suitably cheesy, and starring Vanessa Hudgens, this has been described as the best terrible Christmas rom-com on Netflix. Reminiscent of The Parent Trap. Stacy and the soon-to-be princess of Belgravia Margaret meet up and realize that they look identical and could have some fun if they swapped lives for a little bit.

Obviously, no good can come from pretending to be a Duchess when you own a bakery in Chicago, but there are happy endings all around. Need a pick-me-up? Watch this on Netflix now.

Another terribly cheesy Christmas movie, journalist Amber Moore is sent to Aldovia to cover a press conference with the crown prince Richard, an irresponsible playboy who’s set to take the throne. While she’s doing some snooping, she is mistaken for Princess Emily’s new tutor and decides to take the role to do some undercover snooping.

It doesn’t go to plan and Amber soon finds herself part of the Royal family in more ways than one. Catch this one on Netflix if you fancy some serious Christmas cheese.

This film is a definite classic to add to your watch list. Every year the Finch family have the best Christmas on the street. Steve Finch (Matthew Broderick) has his list of traditions, such as advent calendars, matching sweaters, and decorating the house.

This year, however, neighbor Buddy Hall (Danny DeVito) decides he wants his house to be seen from space, threatening Steve’s position as the Christmas guy and chairman of the WinterFest. Which means, of course, both men try to sabotage each other at the expense of their families. A classic film that reinforces the spirit of Christmas. If you don’t watch this one tonight on Netflix, definitely watch it in December.

Still suitably cheesy but easy to watch, this film follows heiress Ellen Langford’s attempts to inherit her dad’s gift business. She’s used to luxury and being a boss, but her father tells her that she must deliver one gift to his former business partner in the town they grew up in, as is the tradition.

Having never known about this, Ellen is surprised by what her father’s hometown reveals to her and the true meaning of the business he set up. There’s a romantic element because it wouldn’t be a Christmas movie without one, but this is a good, cozy, wholesome Christmas movie to catch on Netflix now.

…come to those who sign up for our emails 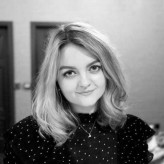 Managing editor, content marketer, copywriter, and researcher. I write about self-development and time management and believe that anything’s possible with hard work and a plan.