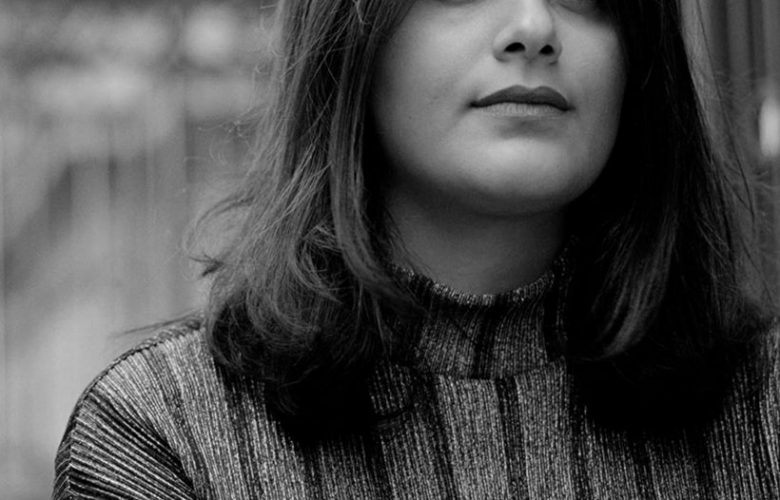 2018 has been an interesting year to be a woman. With many causes uniting us and so many questions and answers regarding women’s rights, it’s been a good year to be a woman, to stand strong, to face up to oppression and to accomplish incredible things. There are so many women who have inspired us this year, not just in the public eye but in life. Fearless, incredible women who push their boundaries and aren’t afraid to go after what they want. Here are just ten of them.

Who inspired you this year? 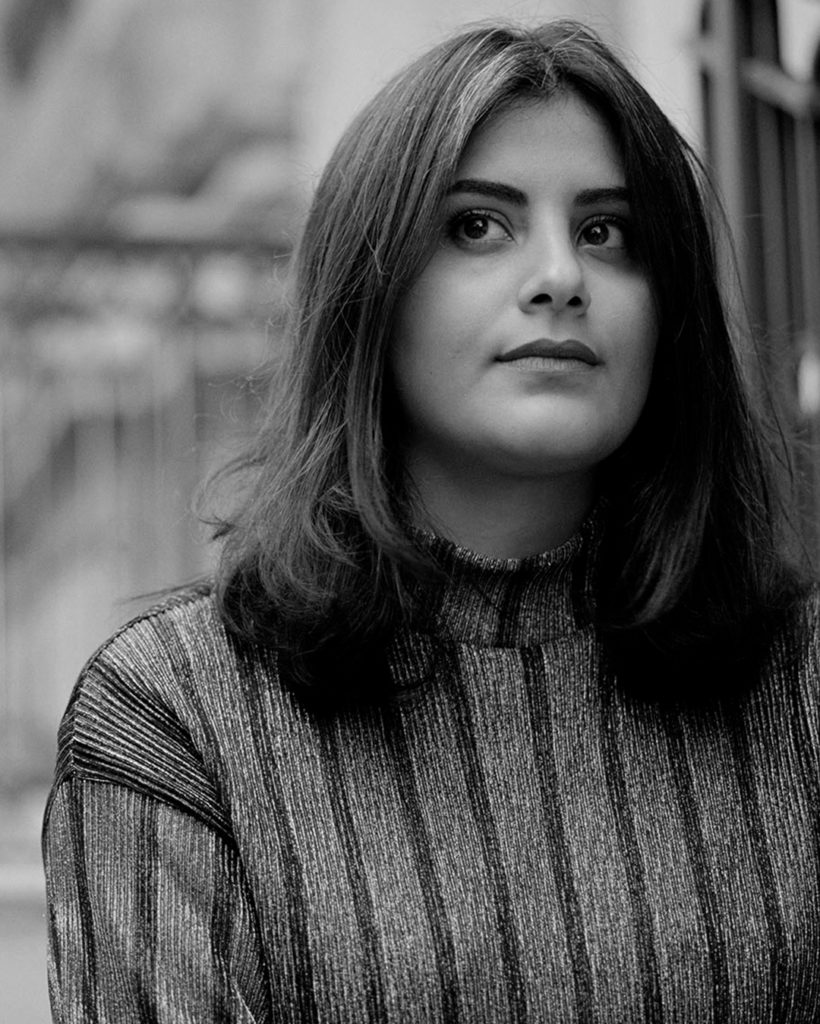 Loujain is an activist in her late twenties who has been imprisoned and held in solitary confinement in Saudi Arabia for campaigning for the right to drive. In the past few months, Amnesty International has confirmed that Loujain and other activists who have been held with her have been tortured with electric shocks, flogged, hung from the ceiling and sexually harassed.

The strength and courage Loujain needs right now to get through what she’s going through, together with the other activists is unimaginable, and something that we need to think about going forward into 2019. Despite the huge risk to her own personal safety, Loujain campaigned for the right to drive and was instrumental in getting this lifted. We can learn to be brave from Loujain and to speak up for what we believe in, after all, she is a huge inspiration to women all around the world and is demanding change in such simple ways. 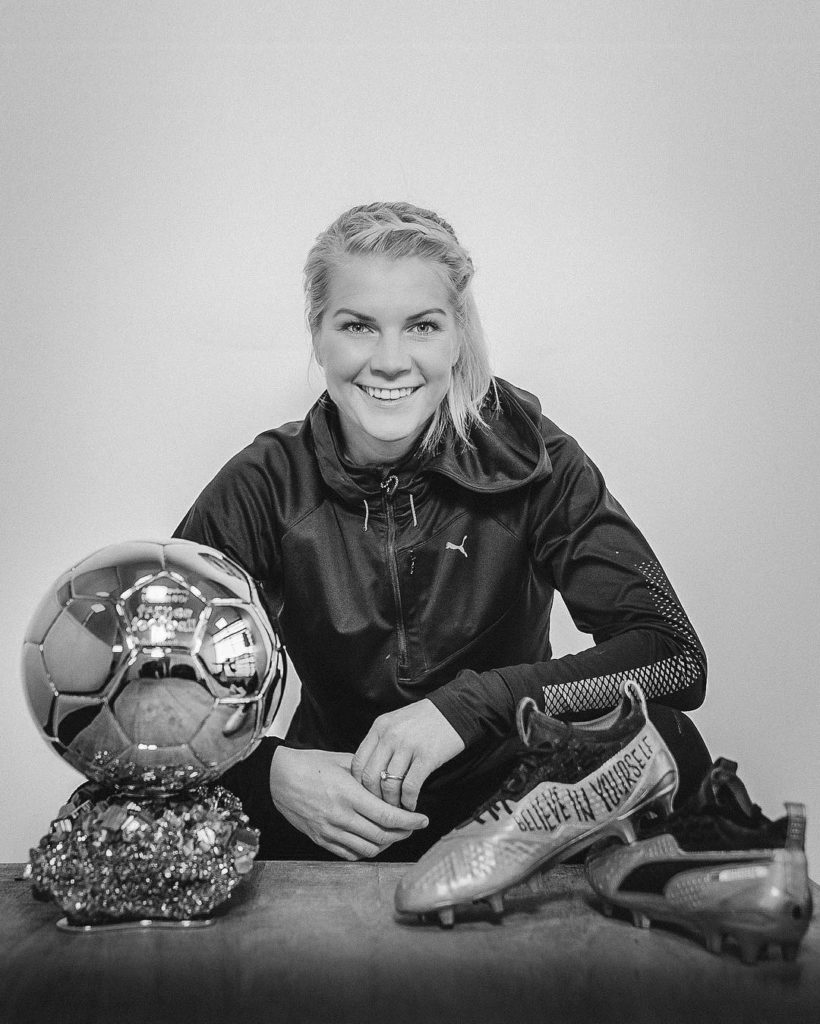 Ada Hergerberg was the first female to win the prestigious football award, the Ballon d’Or, the award previously dominated by the likes of Lionel Messi and Cristiano Ronaldo went to 23-year-old Ada for phenomenal playing. There was some controversy after she was asked if she can twerk upon receiving the award, however she showed how to deal with it with grace and class and shrugged it off, preferring to focus on how she was happy to dance and win the award.

Her win showed a generation of girls and women that they can persevere and smash boundaries in any field. She also taught us how to keep your head up in the face of controversy and focus on the positives without letting anything overshadow her win!

Now to Jameela Jamil, the TV presenter most of us grew up with. Jameela is using her platform to speak out about things she doesn’t agree with. This year she called out the Kardashians (massively!) for advertising slimming sweets to their followers and tried to remind us all that Instagram is fake. She created an Instagram account called ‘I Weigh’ where women can post images of themselves and say how much they weigh, not in kilos, pounds, or stone, but in qualities.

She commented under an Instagram photo of Kim Kardashian sucking on an appetite suppressant lollipop, “F*ck off. You terrible and toxic influence on young girls,” which, while strong, shows how passionate she is about promoting the right message to young girls about their worth and their weight. Refusing to give in to stereotypes in Hollywood or anywhere else, Jameela showed us this year how important it is to stay true to yourself and sometimes, tell the world to f*ck off.

Mirai Nagasu is the first American female figure skater in history to perform a triple axel at an Olympics. She is a three-time Four Continents medalist, and a seven-time U.S. national medalist. She became the youngest woman since Tara Lipinski to win the U.S. senior ladies’ title, she’s a complete powerhouse and an incredible skater, and this year she solidified that by being the first American female figure skater to land a triple axel at the Olympics, and the third woman from any country to do so.

She showed us that this is the year of setting and smashing goals, that you need to try for what you want, even if it seems difficult. She pushed herself and completed the triple axel just by trying. Smash those comfort zones this year if you want to be successful. 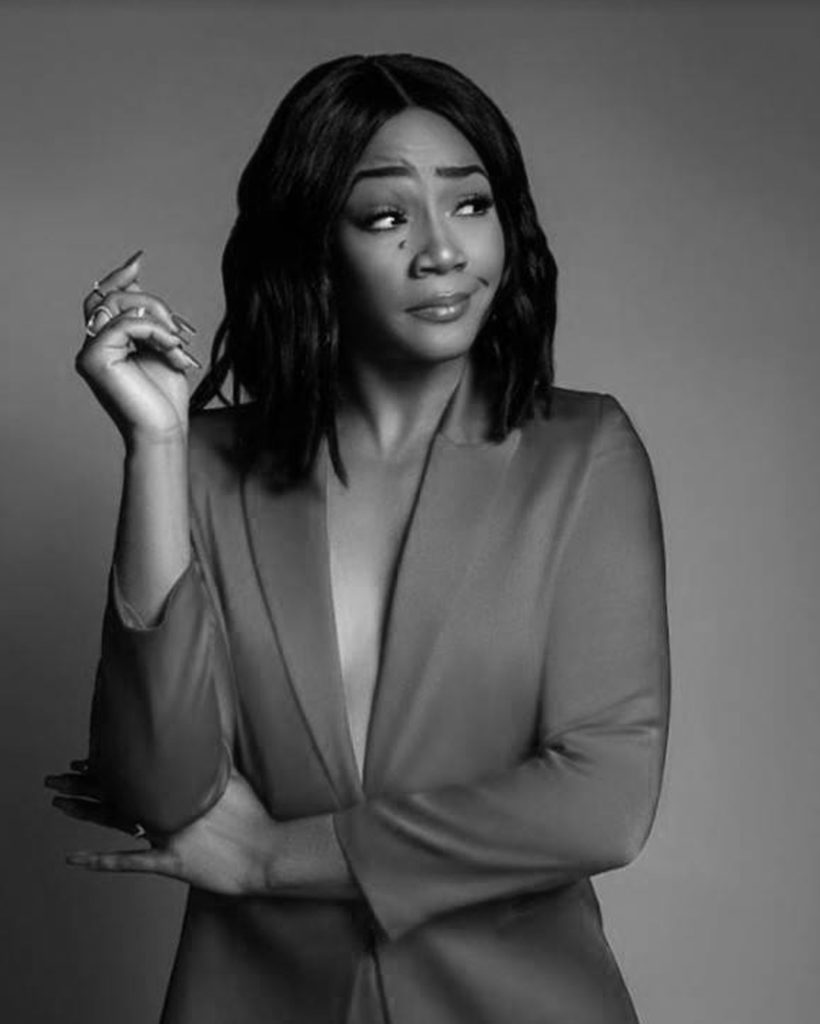 Tiffany Haddish exploded onto the scene this year, she brought wit and humor into everything she did and this year won Variety’s Power of Women award. She stayed true to herself this year, she was the first black woman to host MTV’s Movie & TV awards and thanks to her role in Girl’s Trip, became hugely popular.

She used her success to talk about the struggles she faced as a child, and the struggles other young children face, and how acting and creative arts help them escape from that. This year, you can learn to be a bit more like Tiffany, speak your mind and stay true to yourself, use what makes you unique to become the best version of yourself and show people your unique power! 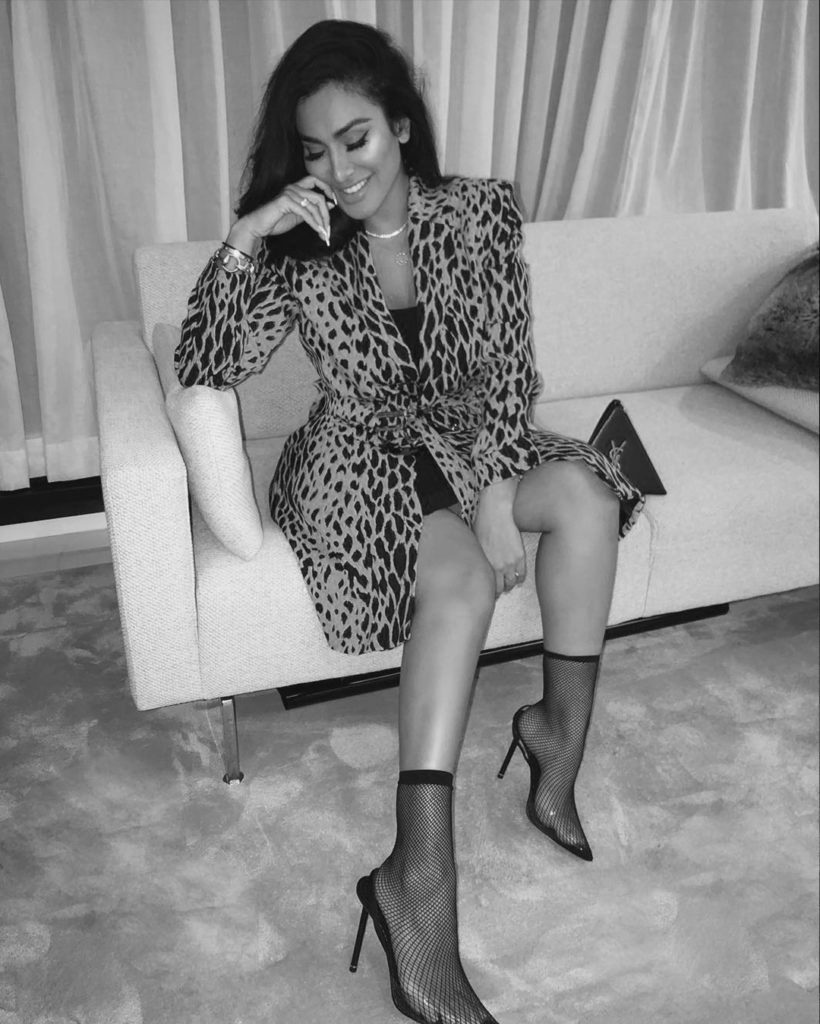 Huda Kattan is smashing it, constantly. Huda Beauty became one of the biggest beauty Influencers in the world. She is number one on the Influencer Instagram Rich List and her empire is only growing, this year she launched a reality series titled Huda Boss, alongside her family. Her Instagram platform regularly showcases other women using makeup, inspirational stories, and other makeup artists work. This unique approach (not using solely self-promotion to grow her business) worked and helped her achieve her success.

If you can learn anything from Huda it’s that your passions can become a paycheck. You just need to be dedicated, work hard, and stay true to yourself. 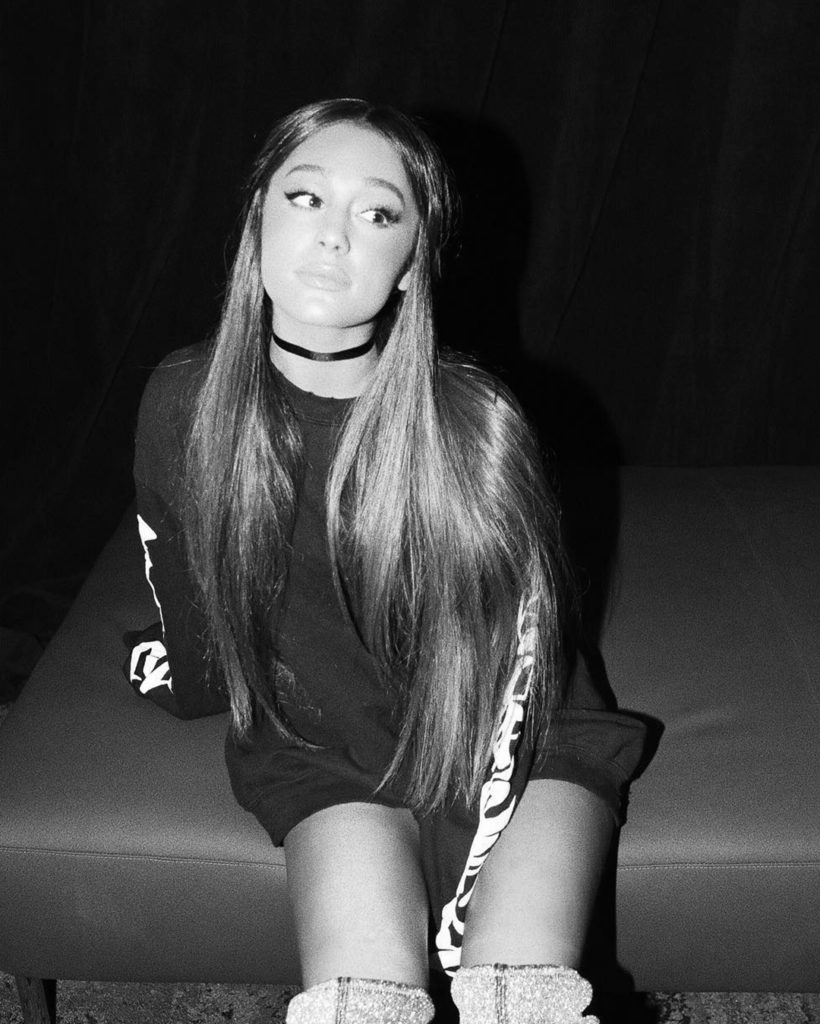 Most of us would crumble under the pressure that Ariana Grande has faced in recent years. Constant media scrutiny, a failed engagement, and the death of her friend and ex Mac Miller created quite a tough year for Ariana, but she didn’t let it get her down. Her video Thank U, Next became one of the most impactful viral videos in YouTube’s history. She took a bad hand and turned it around, showing that the best (and classiest) way to handle anything is to simply say, ‘thank u, next’.

She’s an inspiration to millions of young girls and women, and with good reason. Showing that you can still stay above the drama, handle any situation with grace and that the only kind of love you need is the love you have for yourself. 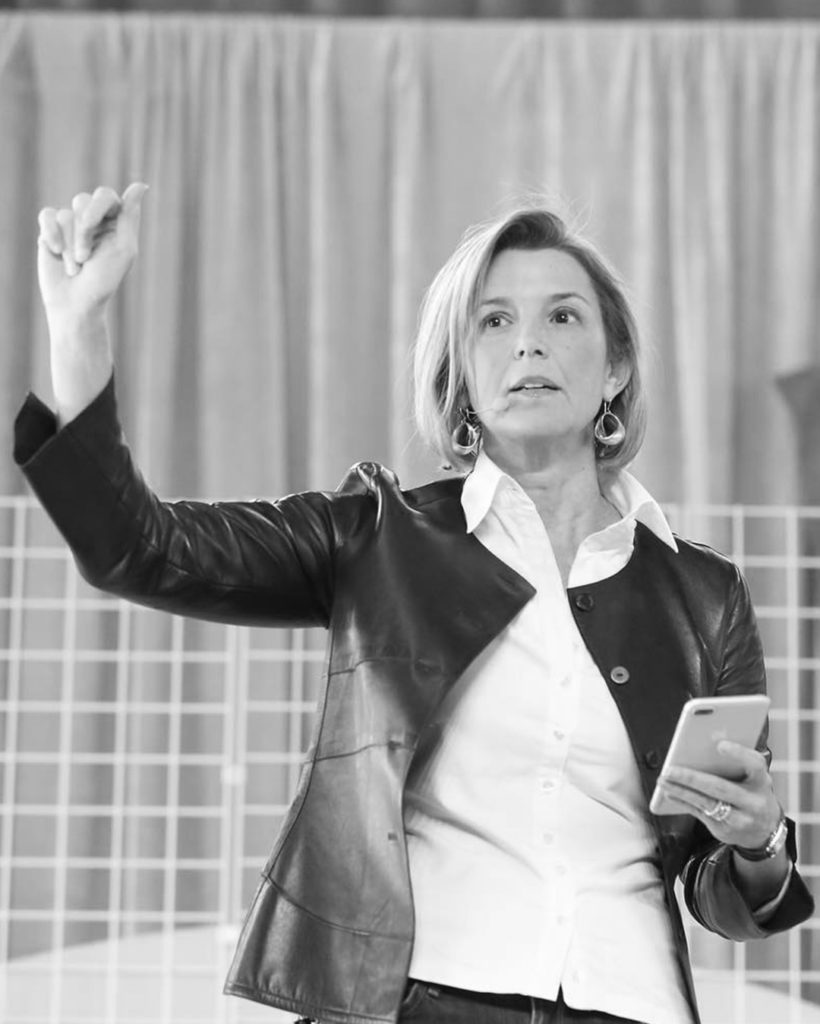 Sallie Krawcheck is one of the most senior women of Wall Street. She is outspoken about getting women to be smart with money and has said that Wall Street has failed to serve women investors in the past. Many financial institutions have been unsuccessful in their attempts to draw in women, and Sallie isn’t standing for it anymore. She’s the author of ‘Own It’, and is very dedicated to getting women to be better with their money.

If there’s anything you can learn from Sallie, it’s that no area should be ‘male dominated’ and if it is, it’s time to smash that expectation, learn what you can and be the best at what you can do. 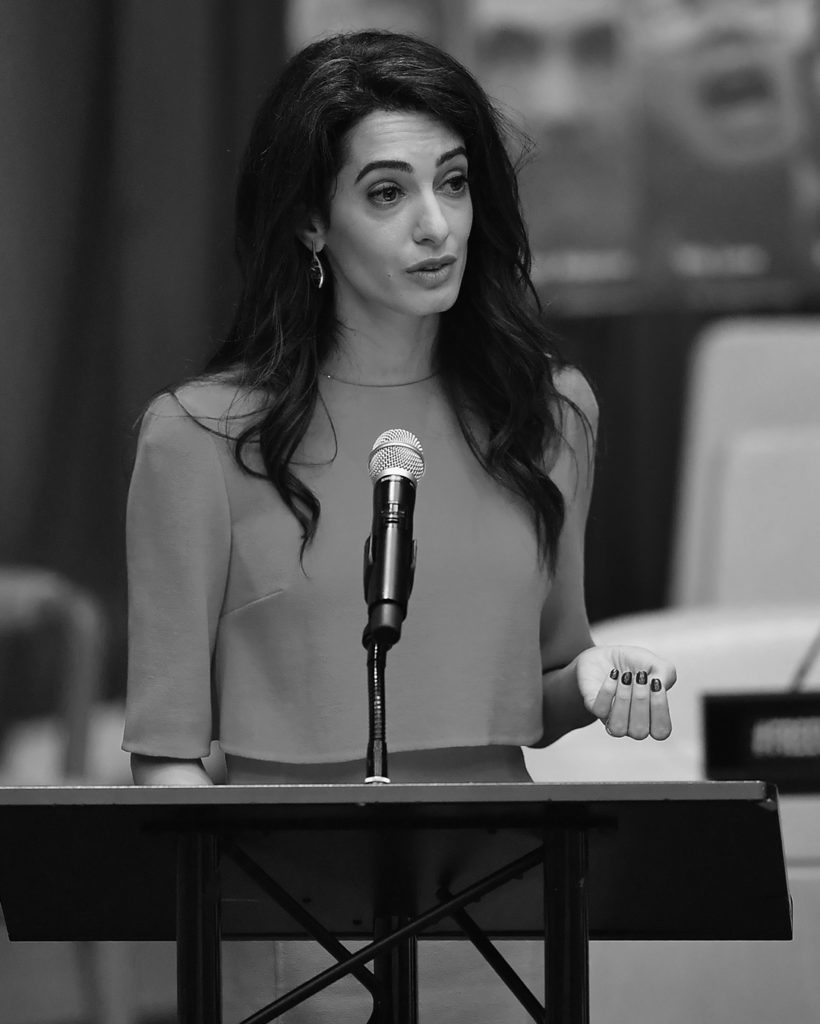 Amal Clooney is a woman to be reckoned with. This year she continued the work she does as a human right’s barrister, representing two Reuters journalists detained in Myanmar. She stands up for people who are wrongly convicted, unfairly imprisoned, and unjustly punished.

While there was always scrutiny surrounding her relationship with George, Amal has always done her best to let her work speak for itself, whether she’s mounting evidence on ISIS’s ongoing crimes, or defending those who have no voice. Amal can teach us how to be more altruistic and learn about causes and things around us that need our voices. Her humanitarian work and the causes she supports are an example of how you can lean your voice towards something and support it and really make a difference. 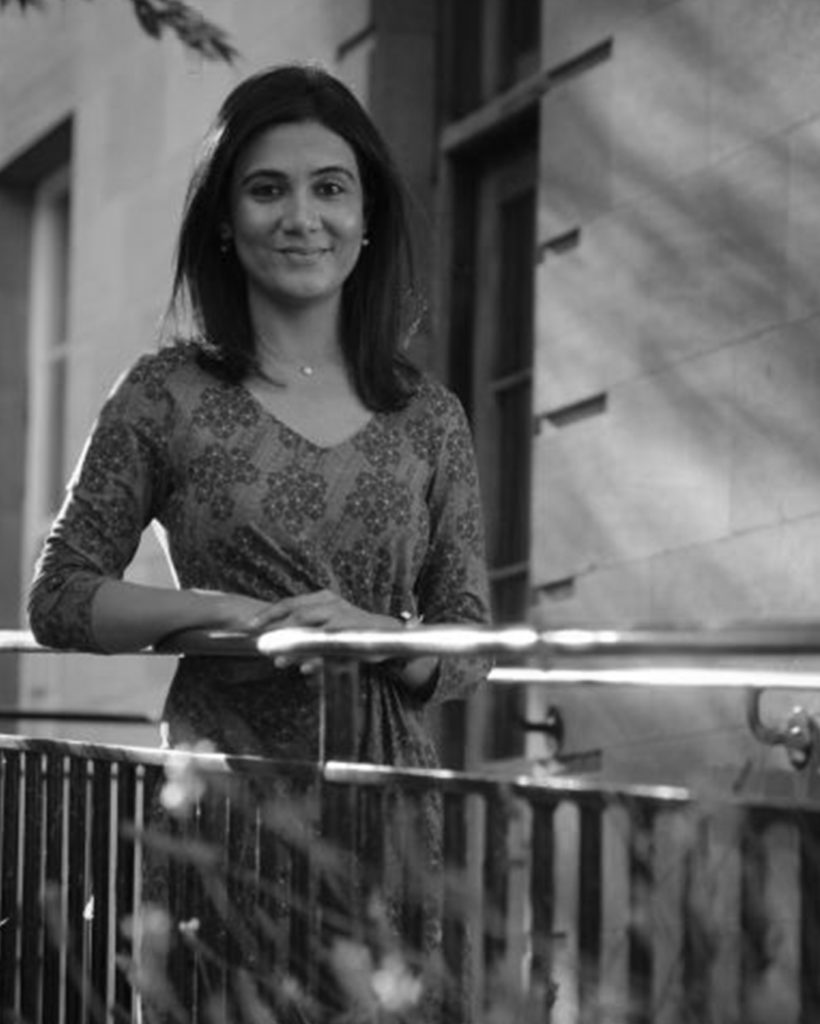 Featured in Vogue’s most influential women of 2018, Priyanka Joshi is an experienced postdoctoral researcher. Her research into Alzheimer’s and degenerative brain diseases is changing the world. The small molecule library that she created is the basis for starting a drug discovery programme at the Centre for Misfolding Diseases at the University of Cambridge. Dementia is the leading cause of death for women, her research is vital.

The work she’s doing is changing the world, we can learn to be more focused, from her example. Work hard in your field and it will pay off, follow your passions whatever they may be and don’t be afraid to make a difference and think about things in a new way. 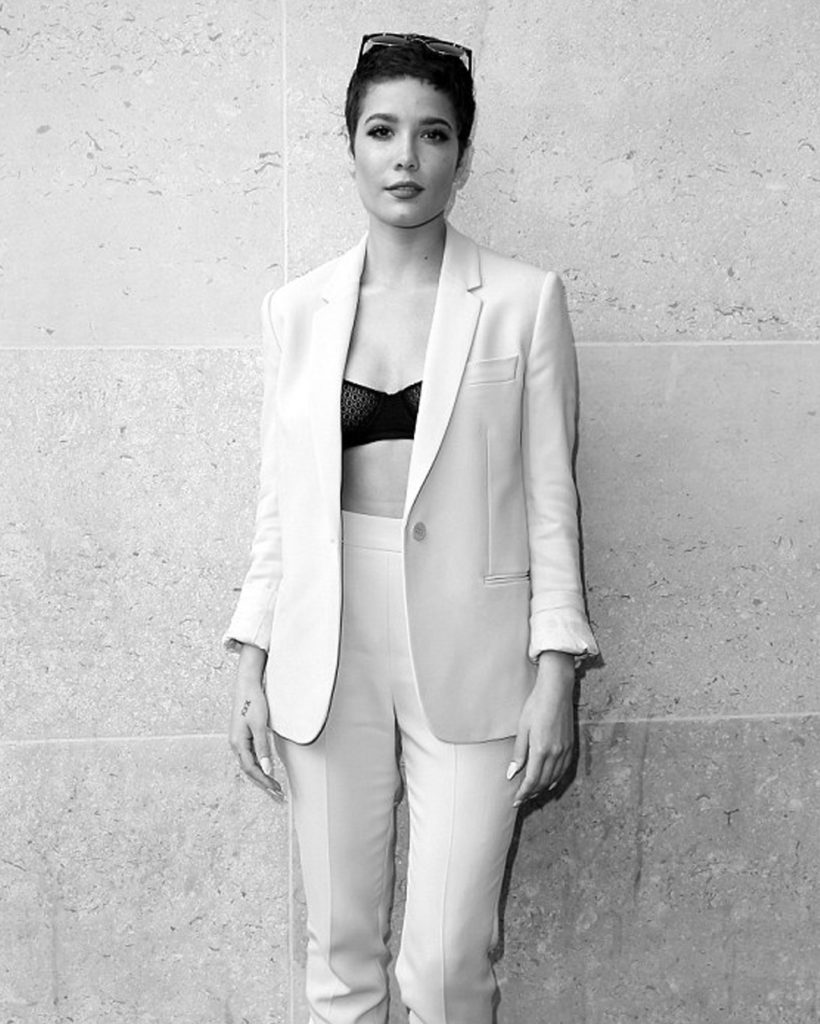 You might know Halsey as a singer, but she’s more than that. She pushes boundaries not only with what she wears but the videos and lyrics she creates. She is outwardly sexy, but, in her recent poem, written for the Women’s March, she shared what it’s like to be sexually abused, to be taken advantage of, and to think that it wouldn’t happen because she was now famous and powerful, only to have it happen again.

Her emotional poem showed her life story, from planned parenthood with her friend who was raped and being sexually abused as a child. This poem, in front of the world, inspired many women and girls who had similar things happen to them and inspired generations to speak up. You can learn how to be more fearless, to speak up and to tell your story without fear of repercussions.

…come to those who sign up for our emails