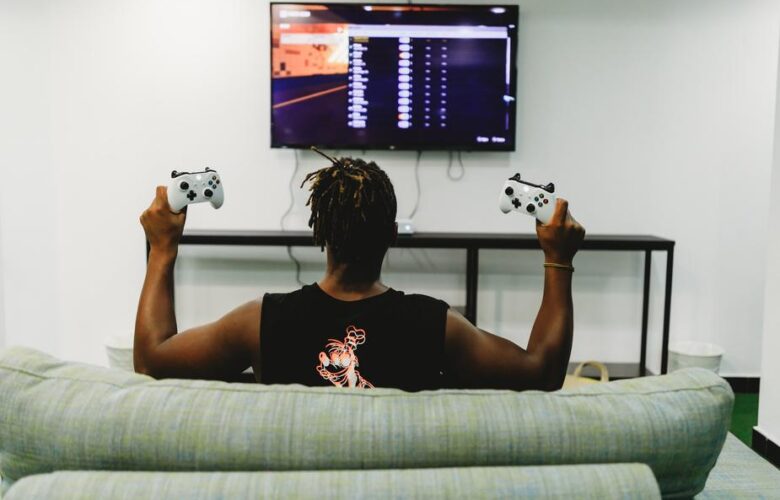 Since introducing Pong and gaming consoles (such as the Magnavox) in the early 1970s, playing video games and later computer games has been a large part of people’s lives. However, games have constantly improved since those early days. People of all ages are now playing online games all over the world.

Kids normally practice social skills on playgrounds, in school hallways, and at the park regularly. However, these are not ordinary times. “Video games can be a crucial social lifeline for many children who are seeking social interactions with their peers when they are unable to contact with them in person,” says Patrick Markey, a psychology professor at Villanova University and the founder of the Interpersonal Research Lab.

Video games don’t merely attract players; they also create entire communities of people who share similar interests. Regardless of the language or place of origin, online games can help people socialize. Gamers have understood for a long time what the rest of the world is only now realizing: that on the other side of a screen, there is a social connection. Every day, millions of gamers demonstrate this point.

Most users of video games have a significant social impact, but how is this possible? We will consider some factors that contribute to socializing as a result of gaming.

• Gaming gives a sense of belonging to players.

Every person desires to be recognized and valued by a larger community. The scenario is similar for gamers, who are also looking for external assistance and recognition. This is further aided by video gaming, which offers gamers a sense of belonging to a larger group, which increases their psychological well-being.  Gaming requires skill in decision-making. In games like D2r you need to strategize on what items you need to play the game successfully. Many gamers purchase yesgamers items to use in D2r. The key is knowing which items you should stash for use in the game.

Gamers are unable to act alone because the only way to properly finish the task is to work together with other group members. In video games, teamwork is essential, and it significantly impacts player sociability. Gaming greatly encourages teamwork.

• During the lockdown, gaming allows people to socialize

Because of the coronavirus pandemic, people were compelled to stay at home and avoid face-to-face interactions, which is why video games have become so important to young people.

Instead of sitting in quarantine for days doing nothing, gamers can have fun with their pals and socialize in the virtual world. Simply said, video games allow you to socialize while still isolating yourself.

Online gaming differs from traditional gaming in that it emphasizes socialization through video chat and other communication features. The game is usually entertaining, but video/live chatting elevates the experience further. It represents a significant milestone in sociability since practically every game now allows players to communicate and debate their matches and actions in real-time.

It’s natural to see dedicated players form bonds with their teammates and peers worldwide. The games industry has a vast and incredibly creative community that allows players to form emotional bonds because they all have a common interest in the game, providing enough conducive environments for gamers.

Many studies have attempted to illustrate with varying degrees of success that online gaming leads to offline friendships and interactions. According to a study, identifying as a gamer at the end of the school year, but not at the beginning, increases the likelihood of forming a friendship 1.5 times. It’s just one example of how online gaming has evolved into a social lifeline, but the reality remains that video games frequently contribute to offline connections.

Gaming can be a means for socially shy folks to interact with others without feeling overwhelmed. Video gaming is more than simply a pastime; it’s a cultural phenomenon that promotes sociability and allows people to have meaningful connections with others all over the world. In rare circumstances, it can even progress to a higher level and lead to offline friendships and partnerships. Students can relax and relieve stress by playing online games and increasing their concentration and creativity. Several factors have been identified that make internet gaming such an effective socialization driver.