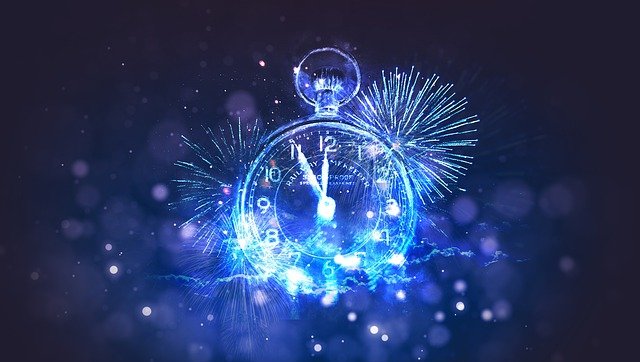 At the end of the year, we reflect and wish we had done some things differently. We then look forward to making a promise that we will do things better in the new year. We often refer to this as New Year’s Resolutions. How did making resolutions for the new year get started? History.com says it began with the ancient Babylonians some 4,000 years ago. Their new year started in mid-March, aligning when their crops were planted. They were probably the first to celebrate the new year with a party. They made promises to their gods to clear their debts and return any items they had borrowed. Down through the ages, the tradition was passed and became today what we call New Year’s resolutions.

A new year is a time when we want to:

I have had many of these resolutions on my list – except for smoking, I have never smoked. The problem with new year’s resolutions is they don’t usually last more than a few weeks/months, and we go back to our old habits. They say it takes about six weeks to turn a new habit into a part of your lifestyle.

One of the top resolutions that people put on their list is exercising more and losing weight. Yes, this has been on the top of my list many times. I purchased a stationary bike one year, thinking I would ride it every day. I had placed it in the bedroom, and it ended up collecting clothes. Another time I had purchased one of those all-in-one home gyms. I used it for a while, but it too started collecting dust.

How can we motivate ourselves to stick with the things on our list? I would say pick one and try and stick with it. If it is to lose weight, join a weight loss program. There are many available. Choose one that teaches you how to change the way you eat so that it doesn’t seem like a diet. I have been following Forks Over Knives plant-based program. They have all kinds of tools to help transition all or part of your eating to plant-based. There are weekly newsletters with yummy recipes. They even have an online cooking class. One warning – their recipes are for 6-8 people. I have to cut them down as there are only two of us. We can’t eat something more than two times. I either freeze the extras for another meal or share them with my neighbors. Many people have lost weight following a plant-based lifestyle.

How I Got Motivated

In the early part of 2020, I had extreme back pain. I went to the doctor and got a CT scan which showed I had two bulging discs in my lower back. Went to PT off and on for almost two years. Then I had another attack earlier this year where I could not move without pain for over a week. Had to go back to PT. I have become a frequent flyer there. I decided I needed to take exercising seriously.

I bought some exercise balls from Amazon and started exercising with the exercises that PT gave me. The only problem is I was too busy to do the workouts, and the exercise balls began collecting dust. Besides, they are so big, and my condo is not that big, so they took up a lot of space.

Success Is on The Horizon

Mid-September, I started getting serious again and decided I should join a gym. I found several near my home. Anytime Fitness, Esporta Fitness (LA Fitness), and Planet Fitness. Actually, I had gone to all three at different times in different locations over the years. I liked the philosophy of Planet Fitness. They have three packages starting at $10, $15, and $22.99.

I choose the top one – the PF Black Card because, at the end of my workout, I get a 10-minute Hydromassage.

Since mid-September, I am happy to say that I have been going to the gym 3-6 times a week. My back is getting stronger. Some days are challenging to get there because I am too busy. My gym is open 24/7, so I can go any time of the day, which is a great help. I enjoy working out on the machines. It took me some time trying out different pieces of equipment to see what worked for me. My physical therapist has helped by selecting the ones that would help strengthen my back. I plan on continuing in the new year.

If exercise is on your New Year’s resolution list, consider joining a gym. They often have special prices at the beginning of the New Year. I wish you well on whatever you choose to change to improve your life this coming year. Look for ways to create a new habit that will become part of your lifestyle.