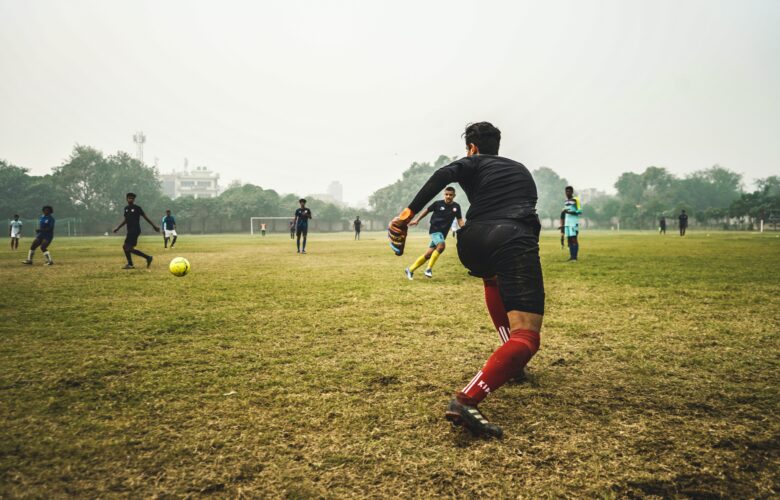 You’ll probably agree that the Premier Football League has some unique talents. We’re talking about those that had to work their way up through the bottom of the food chain. This includes Leicester City’s Jamie Vardy, Peterborough’s Ward Joe, and Redditch-born Nottingham Forest winger Joe Volley.  Still, many non-league players have not been discovered by a club or manager. Trust us; these are impressive players who deserve a seat with the big boys like Mo’ Salah, Sadio Mane, etc. If you’d like to know some non-league football players that deserve a chance, read on.

From Lagos (now in London), Simeon kicked off his football career in Europe, Spain, after an impressive tryout with Alcorcon. Though he could only feature in Alcorcon’s Futsal team, he went ahead to join Boreham Wood, which took him into their youth academy. Simeon wasted no time impressing his employers with 53 goals, which earned him a seat in the first team.

Akinlola appeared only 21 times before catching the attention of Harrow Borough. The talented Nigerian won’t stop being impressive because, after two years, Braintree town had him under its radar. Between 2016, the 28-year-old made 104 appearances and moved to Barnet. He’s currently at Southern United and has a total of 70 career goals as a winger/forward.

Mr. Marriott right here has been tagged one of the hottest players in non-league football. Trust us, that didn’t come cheap. If you are looking for non-league betting tips on football, look no further than Marriott on the pitch. While his youth football career started in Cambridge United, Adam’s goal-scoring performance has moved him through clubs from Cambridge City (where he scored 57 goals) through to Stevenage, Lincoln City, Boston United, and King’s Lynn Town. He became a club legend in King’s Lynn town and finished the 2020 season as the top scorer with 58 goals and is currently at Eastleigh.

This impressive midfielder is only 22 years old but has proved himself to be a fantastic playmaker that will be missed if he’s not on the pitch. Before being snatched by Chester FC in 2014, he was at Stoke City’s academy but was dropped. After an impressive run on loan with Leek town and Runcorn Town in 2017, his 17 appearances earned him a shirt with Notts County. He has since joined Hartlepool United during the middle of last season and has been showing potential for the big leagues.

Born July 1997, Kabongo Tshimanga currently has 181 career goals to brag about. The Congolese-born began his English-playing football exploits as a youth with Milton Keynes Dons in 2014. He eventually moved to Boston united in 2017 after a series of loan arrangements. Oxford United couldn’t wait to get its hands on him after an impressive 34 appearances in the 2017-2018 season.

Tshimanga ended his run with Oxford as the league’s top scorer, making him visible to the scouts at Boreham wood. After 29 appearances for Wood, the 23-year-old had 15 goals to his name. He’s currently one of the top Scorers at Boreham wood with 31 goals. It would, no doubt, require a significant fee to make him leave Boreham wood.

Talking about a creative midfielder, Kiernan checks the box well. After his youthful playing days at Crystal place’s academy, AFC Wimbledon sealed the deal. Kiernan has played for several sides, including Bromley and Staines Town. Fans were not pleased to see him leave at the end of the 2014 season, but a new contract was called Ebbsfleet United. The 28-year-old is currently at Harrow gate town with 14 goals and numerous assists.