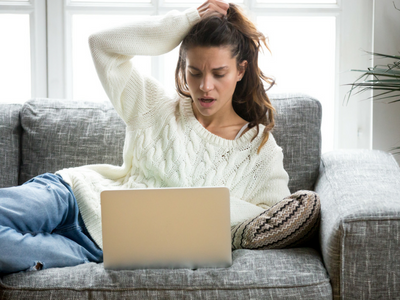 You can find it in this 2011 New York Times description of an 11-year-old girl who was horrifically gang raped: “she dressed older than her age, wearing makeup and fashions more appropriate to a woman in her 20s.”

You can find it in this story shared by Girls Gone Strong co-founder Molly Galbraith: “When I was 11 years old, two men in their thirties followed me around the mall until I alerted security that I was scared. I was told that I shouldn’t have worn such short shorts.”

You can find it in dismissals of powerful men bragging about sexual assault as “just locker room talk.”

If you’ve spent any time discussing sexual violence, whether in person or online, you’ve likely heard statements like the above — ones that find a way to place blame on the victims or survivors* of sexual assault, which at the same time, alleviate blame from the perpetrators. Harmful statements like these are examples of rape culture in everyday conversation.

*A note on the terms victim and survivor in this article: Words have power. The word victim is often used to describe someone who has experienced sexual assault, but many women prefer to call themselves survivors rather than victims. Proponents of using survivor feel that it is an active term implying a journey of healing, whereas victim might conjure up passivity and pity. Some people do choose to use the term victim, and it is a useful term when we’re talking about a crime that’s been committed (since sexual assault is always a crime). Taking my example from RAINN, I use both interchangeably [1].

What is Rape Culture?

The term “rape culture” was first coined by the New York Radical Feminists in 1974, in a publication called Rape: The First Sourcebook for Women [2]. It refers to social conditioning that we collectively experience as a culture in which sexual violence is tolerated, downplayed, excused, normalized, joked about, and even promoted. It serves to excuse the actions of perpetrators and blame victims at the same time.

In Transforming A Rape Culture, Emilie Buchwald describes it as “a complex set of beliefs that encourage male sexual aggression and supports violence against women.” In a rape culture, Buchwald writes, women understand they are under a constant threat that can range “from sexual remarks to sexual touching to rape itself.” She adds that a rape culture treats sexual violence against women as “the norm” [3]. 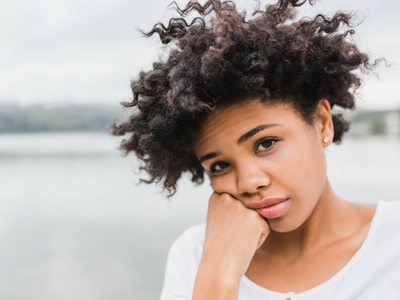 And rape culture doesn’t just exist in individuals who express victim-blaming opinions, it also exists in the larger systems and structures in our society. 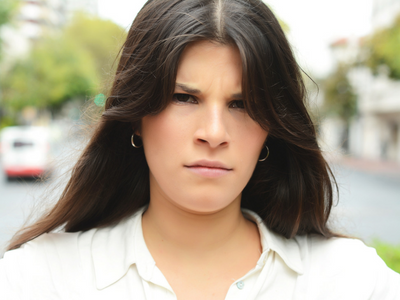 Rape culture also includes “the pervasive threat that many of us walk with each day” and how that threat “limits us in every way.” She explains, “Without even being aware of it, many of us — people of all genders, and especially trans folks, women of color and LGBQ folks — arrange our lives around how we can avoid harassment.” DiBella also points out that avoidance behaviors are “major diagnostic features of trauma” and that rape culture afflicts our society “with a collective sense of trauma.”

There are many ways in which rape culture shows up in everyday conversation — even used by folks who would say that they’re against rape and sexual violence. The language is so pervasive that we may not even realize we’re using it. Here are some common examples:

The Normalization of Men as Predators

“Boys will be boys.”
“That’s just locker room talk.”
“He was just acting like a red-blooded American male.”

Slut Shaming of Victims or Survivors

“Did you see what she was wearing? She clearly wanted attention.”
“How much did she drink?”
“She led them on.”
“She posts a lot of sexual selfies, what does she expect?”
“She’s ugly and lucky she got the attention.”

Implying There Is a “Perfect” Way to Be a Victim

“Why didn’t she fight them off in exactly XYZ way?”
“Why did she wait so long to come forward?”
“Why didn’t they tell anyone?”
“She should have done (fill in the blank).”

Painting Victims and Survivors as Liars and Schemers

Disbelieving victims even when many come forward against the same perpetrator.

“She’s just in it for the money.”
“These women want to get famous.”

Using the Term “Rape” to Mean Something Other Than Sexual Violence

“That test raped me.”
“We totally raped that other team!”

Any joke where objectifying women or rape is the punchline is problematic.

Some feminists such as Lindy West have made a distinction between jokes that “punch down” at the people with less power (victims), and jokes that “punch up” at people with more power (perpetrators). When it comes to rape jokes, any joke that punches down at a victim or survivor normalizes rape culture.

Wishing Rape on Someone, Including on Rapists as a Punishment

We hear this one often — in jokes about the rape and sexual violence that occurs in prisons, and even as a suggested punishment to rapists.

“Just wait until he gets to jail and gets what’s coming to him.”

It’s also very common for women and other marginalized folks to experience rape threats as a go-to form of online harassment. A poll by Amnesty International found that 29 percent of American women had experienced threats of sexual violence against them as a result of men disagreeing with opinions that they’d publicly expressed. The threats of sexual violence are often compounded by harassment targeting other aspects of the victim’s identity, such as racism or transphobia [5].

The Concept of the “Friend Zone”

This term has been easily accepted into our culture, but what is it really saying?

It’s mostly used on women and implies that women owe men sexual attention. This term shames women for exercising their right to say “no,” a right that shouldn’t be questioned.

Worrying More About the Ramifications for the Perpetrator Than the Victim

“That poor boy’s life will be ruined.”
“It would be a shame if he lost that scholarship or had a record.”
“It’s like men can’t even talk to women anymore!”

Catcalling someone upholds the idea that (primarily) women are objects to be desired and that it’s OK to objectify us. Minimizing catcalling as harmless, as a part of life that we should accept, or even as complimentary, implies that catcallers aren’t doing anything wrong.

How Does This Language Harm Us?

Besides excusing perpetrators and blaming victims, this language can cause actual violence to escalate. Some of the above examples focus on myths about rape — false beliefs that are used to shift blame from a perpetrator to a victim. Rape myths are prevalent in our society, and the belief in rape myths has been strongly associated with “hostile attitudes and behaviors toward women” and may “contribute toward the pervasiveness of rape” [6]. 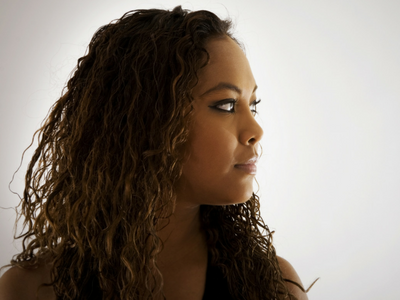 The use of such language upholds and promotes rape culture as normal. According to Rachel DiBella, when we fail to think critically about misogyny and violence in everyday conversation, a process happens. We may not recognize how problematic the conversation is, which “reifies our inability to see rape culture.” When we can’t see rape culture, she says, “we’re vulnerable to reproducing it ourselves.” She points to a study that suggests that “when people causing harm don’t get called out by their peers, they misperceive that silence as approval…and it continues, and it escalates” [7].

And finally, says DiBella, when language promoting rape culture escalates, our tolerance for it also grows: “We have a higher threshold and ability to tolerate more and more disturbing content.” This escalation, in turn, can bring actual violence into being [8].

What Can You Do?

We all have a responsibility when it comes to combating (and hopefully dismantling) rape culture. Here’s where you can start.

Even if you belong to a population that commonly experiences sexual violence, and even if you are a survivor, you may still use language that supports rape culture.

Often this serves as an attempt to distance ourselves from other folks who have experienced sexual violence. If we say things like “She should have done something differently to avoid rape,” what we are really saying is “I would have avoided rape/ it would not have happened to me.”

When we closely examine such statements, they are methods of-self protection, but they blame the victim and do nothing to actually protect any of us. Make sure that your own words are not contributing to the normalization of sexual violence.

Realize That Rape Survivors and Victims Are Listening

Chances are good that you or someone close to you has experienced sexual violence. If your casual comments blame victims and excuse perpetrators, know that survivors are listening, which may add shame and confusion to how they make sense of their experience. This may also make the difference for them between who to trust and who not to trust when it comes to sharing about their experience.

Challenge the Words of Others

Survivors are not only listening to what you say, but to how you respond when you hear rape culture in casual conversation. Speak up and challenge others who use this language. Let people know that this language blames survivors, excuses perpetrators, and perpetuates violence. If you have the emotional capacity, offer to help them learn. Make your personal online space a place where this language is not tolerated, and where folks who use it are not comfortable. 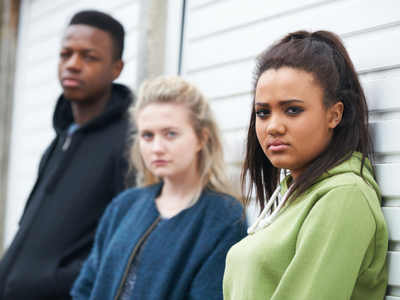 Because the normalization of rape culture is so ingrained in our language, it may feel like an uphill battle to challenge it and to change the culture. But it can be done. “In a rape culture both men and women assume that sexual violence is a fact of life, inevitable,” Emilie Buchwald writes, “However . . . much of what we accept as inevitable is in fact the expression of values and attitudes that can change.”

DiBella agrees that change is possible, and absolutely necessary. If we don’t work on change, she says, “we’ll keep on learning to live with it, as if it’s normal, and we’ll joke about it and pretend it’s not so bad, as we’ve always done.”

“Just as individual survivors of sexual trauma must embark on an intentional healing journey… so must we as a society,” she concludes. “Rape culture is a problem because it keeps us all from being free.”