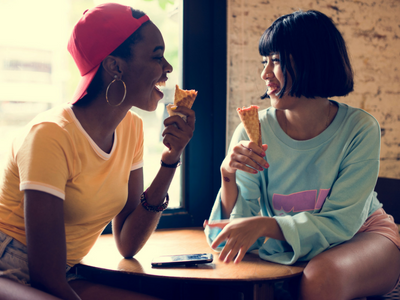 When our female friends are feeling insecure, we are often quick to reassure them with statements like “You’re so beautiful,” or “You look hot.”

Often, this kind of situation arises either because our friend is criticizing herself (like “Ugh, I feel so fat today”) or she’s asking for us to give our feedback on her appearance (like “How is my hair?” or “Does this look ridiculous?” when trying on clothes). Either way, we understand that our job to make her feel more confident, and we attempt to do so by telling her she’s beautiful, hot, thin, or otherwise attractive.

It makes sense that we try to make a woman feel better by praising her appearance, especially when her appearance seems to be the source of her insecurity — in our culture, being hot is often considered the ultimate compliment. Plus, we genuinely mean it! Even if our friend diverges from the cultural beauty ideal, she tends to be beautiful to us, because we love her and see her as beautiful both inside and out.

But could this kind of compliment and reassurance actually be doing more harm than good for her confidence and body image?

In my experience working with women on body image, I have become convinced that complimenting and praising a woman’s appearance in today’s social atmosphere actually does her — and all women everywhere — a disservice.

Why Is This an Issue?

We live in a patriarchy, and women have a long history of being valued for only a few things, namely being naturally beautiful or appealing for men to look at, and being good for men to have sex with. (Plus don’t forget making and raising babies, and providing emotional support to men — are you noticing a trend?)

Women have long been valued as decoration, inspiration, titillation, and entertainment for men. The role of women for a long time was to be seen instead of heard; to be beautiful and desirable instead of useful, smart, innovative, or interesting. 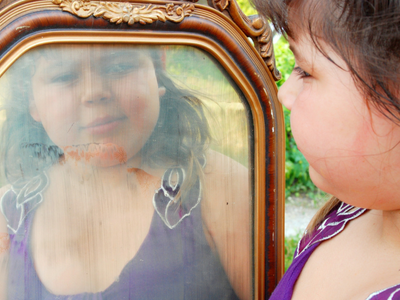 This kind of gender bias sets girls up for a lifetime of believing that the most important thing about them is how they look, and that in order to be lovable and worthy, they must be beautiful.

This message is reinforced in a million tiny ways, starting at an incredibly young age. By putting a baby girl in clothing that pleases us to see her in, even when it’s a skirt that inhibits her movement, or leggings with no pockets, we teach her that her appearance is more important than her internal experience.

Put another way, we teach her that our experience of her is more important than her own experience of herself, setting her up for a lifetime of believing it’s her job to be appealing to others.

By praising and celebrating a little girl when she looks cute, feminine, and thin (or by shaming her for looking boyish, messy, or fat) we encourage her to associate her own value with her appearance, and also make it clear that there are many ways in which she is in constant danger of messing up and being rejected.

As adults, these messages are reinforced even further, and are very difficult to get away from. From reading gossip magazines that comment on celebrity bodies, to hearing co-workers talking about their new weight-loss plan, to all the marketing and media encouraging women to fork over all their time and money for beauty treatments, products, supplies, etc., the message is clear: a woman’s value is determined by how attractive she is. 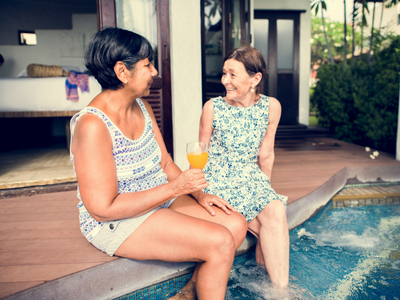 While “attractive” can vary based on socioeconomic status, subculture, and personal preference, it generally dictates that a woman must be conventionally feminine, “ageless” (a.k.a. looking super young), perfect skin, lightly toned muscles, and curvy in all the right places (like the butt, boobs, and lips) but otherwise very thin.

A woman is noticed, celebrated, and praised for “looking good” on a day she wears makeup, gets her hair blown out, or has a flat tummy. Comments like “You look amazing!” or “Wow have you lost weight?” are intended to be compliments of course, but the result of being noticed and praised only when we look certain ways (usually thinner, more feminine, or all done up) is that we tend to become more insecure about looking like or “normal” or “natural” selves.

Think about this way: a little girl who is constantly complimented on being pretty internalizes a link between being pretty and being noticed and loved. This means there is also a link between not being pretty and being either invisible or unlovable. As you can imagine, this puts a huge amount of pressure on her to always look as pretty as possible, and as she grows up, she will learn that any number of her natural physical features — from her weight to her crooked teeth to her thin hair to her cellulite — aren’t considered pretty enough, and must be fixed.

Internalizing a link between appearance and worth also places the measuring stick of a person’s lovability in the eye of the beholder, which is a a tenuous place for it to be because everyone has different perspectives and opinions.

As such, a woman who has had this experience is set up to constantly seek approval in the eyes of other people, trying to be pretty enough to be considered lovable, and giving away her power and bodily autonomy to others in the process.

People feel entitled to give or withhold their approval based on a woman’s appearance too. Unsolicited comments on our appearance are the norm for women, whether that means being catcalled on the street, being concern trolled about our weight and health, or being “ranked” against other women with comments like “You’re way prettier than her.” Even giving compliments on a woman’s appearance is saying “I have judged you, and found you to be good enough.”

These unsolicited comments serve to remind women that people are constantly watching them, noticing how they look, and judging them for it. It reinforces the idea that other people have to ability and the right to judge our worth based on how we look, and understandably this tends to increase insecurity, fixation on flaws, and body monitoring. 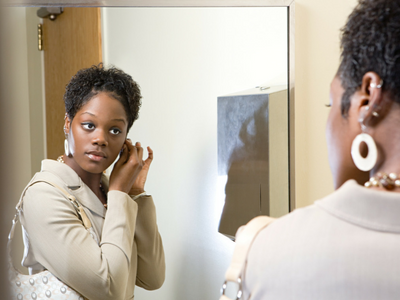 The worst part of all though is how this pattern of focusing on how we look affects a woman’s self-identity.

We each have finite mental space, time, attention, and money. A woman who spends a good portion of her available resources on her appearance is siphoning energy and resources away from potential areas like getting to know her inner self, developing hobbies, pursuing passions, and cultivating new skills. Her appearance becomes her identity, because it’s the thing she has spent the most time and energy on (to the detriment of her personality, skills, career, interests, and other accomplishments), so she ends up even more convinced that her appearance is the most important, interesting, and valuable part of her.

What Can We Do Instead?

If we really want to increase the self-esteem and confidence of women, the solution isn’t to convince them they are beautiful just the way they are. Instead, it’s to convince them that their appearance has absolutely no bearing on their value as a person, their worthiness, their lovability, or how much respect they deserve.

Here are a few suggestions to get you started:

Redirect the Focus of Your Compliments

Give compliments on internal qualities and accomplishments, instead of appearance. It’s incredibly powerful for a woman to hear that she is funny, strong, a good listener, a hard worker, or an amazing problem solver.

Compliments and comments like this serve to reprogram the belief that her appearance is the most important or most valuable part of her. (It’s especially powerful and important for little girls to be noticed and praised for internal qualities, accomplishments, and abilities outside of how they look.) 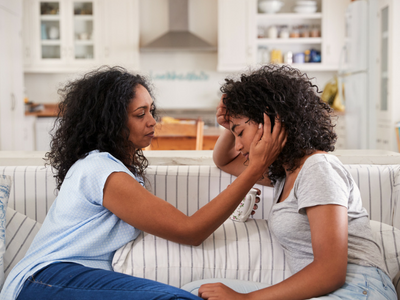 This can feel really weird at first, but recognize that “fat” is not a feeling, so someone who says “I feel fat” is really expressing something else — sadness, loneliness, anger, or something else entirely. Instead of arguing with body-bashing statements like “No you’re not, you’re thin and beautiful!” affirm that her pain is seen and heard and supported with comments like “I hear that you’re feel really low right now, how can I help?”

Redirect focus away from her appearance and onto what she’s actually feeling, and offer your support, but stay away from engaging in body talk. Likewise you can validate a person who is talking in a positive way about her diet or weight loss without engaging in a discussion about her appearance (or yours!) by saying something like “I’m impressed with the way you worked so hard toward your goal,” or “It’s wonderful to see you feel so proud of yourself!”

Make It About Impact, Not Assessment

When giving compliments, share the impact something or someone is having on you, rather than your assessment of them. 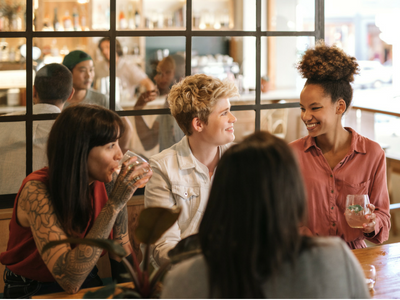 If you do feel a need to compliment a woman on her appearance, share the impact of how her appearance is affecting you, like “I feel so glad to see your face” or “The bright colors of your outfit make me feel happy” instead of “You look great!” This changes the unspoken implication from “I’m always judging you, and in this moment you pass” to “I’m having an experience I wanted to share with you.”

It’s worth noting that there is nothing wrong with wanting to feel beautiful, spending your time and attention on looking good, or even complimenting someone’s appearance! That’s a personal choice, and only you know how to run your life and body.

But if you’re reading this article you most likely have a desire to empower and uplift other women, and I simply suggest we examine and question whether uplifting women by trying to convince them that they’re beautiful is the having the most positive impact.