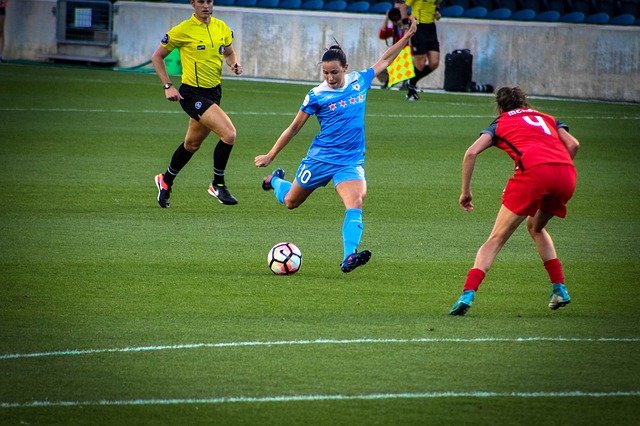 Most sports don’t work without an audience. We’ve long suspected that to be the case, but the absence of crowds during the nightmarish events of 2020 drove the point home. Piped-in crowd noises during men’s football matches made the experience of watching them feel hollow. Even something as trivial as darts – a game that hardly relies on crowd involvement – felt strange when played in a closed-down television studio. That’s not to mention the impact of lost revenue on smaller sports teams and clubs worldwide. Given that women’s sport routinely attracts fewer viewers than men’s sport, many sports analysts feared the worst for women’s leagues and competitions. We now know there was no reason to worry.

In a reversal of the expected trend, interest in women’s sport didn’t decrease during the pandemic or the ensuing lockdown periods that kept us away from the things we loved for so long. Instead, interest in women’s sports went up. A report commissioned by an organization called “Leaders in Sport” and conducted through Sky Sports in the UK says that 24% of men now watch more women’s sport than they did eighteen months ago before the effects of the pandemic first became an issue in the country. The situation for women’s sport in the UK is helped by the BBC putting a greater focus on women’s sports – especially football – in the past twelve months, but there are signs that numbers are improving across other sports and in other parts of the world.

The greater visibility of women’s sport on British television has been the greatest single factor in the rise, with 68% of all respondents to the survey confirming that the availability of live broadcast coverage has led to them taking more interest. Football was, as expected, the greatest beneficiary in terms of viewing figures, but levels of interest and Google searches for competitions like the women’s “Hundred” event in cricket were impressive. Tracey Crouch, a British Member of Parliament and the chairwoman of a review into female participation in sports, say the news proves that women’s sport in the UK is not just surviving but instead thriving.

Attracting new television viewers is only part of the challenge of stimulating the public’s interest in female sport. It’s just as important to persuade people to step away from their televisions and come to watch women’s sports in person – and the same survey says that this is also likely to happen as restrictions continue to ease. Nineteen percent of respondents – including women and men – say that they’re more likely to buy a ticket to see an all-female sporting contest now than they were before they started watching the events on television. If there’s disappointing news anywhere in the responses, it’s the fact that most viewers don’t feel that broadcasters should present male and female sport equally. Only forty-one percent felt that women’s sports should be given the same importance as men’s regarding prominence and scheduling. That’s indicative of the scale of the task that still lies ahead.

Much of the success of that task, in the UK at least, will depend on the performance of the Women’s Super League on the BBC. The television network has agreed to pay eight million pounds per season to broadcast live games. That’s a drop in the ocean compared to the billions spent on the rights to men’s matches, but it’s a start. It means more money for teams and clubs, which means more can be spent on players, training facilities, and marketing. Sky Sports has also paid for 44 live games per season. That still leaves 75 games each season that won’t be broadcast anywhere other than the English FA’s streaming service on its website, but if enough viewers tune into the live games, that position will soon change.

Being on television gives women’s teams a better chance of snagging better shirt and stadium sponsorship deals, which can become controversial. There’s already a feeling in the UK that too many gambling companies sponsor teams in the men’s games. This is already crossing over into the women’s games in shirt sponsorships and advertising hoardings around pitches. There’s pressure on the UK Government to regulate the involvement of gambling companies in sports, which could pose a threat to these new revenue streams for women’s teams just as they’re finally in a position to benefit from them. Even in gambling, though, we find there’s change happening.

Very few people would describe gambling as a sport, but most gambling games belong to the same cub category of “pub games” that includes darts and snooker. Gambling used to be thought of as a male pastime, but that’s not the case anymore. An increasing number of online slots websites are designed for the female gaze. One of the biggest casino and online slots companies in the United Kingdom has a female CEO. The tawdry slots of the past that used “eye candy” images to attract male players have begun to disappear, and more progressive online slots with more entertaining themes have begun to replace them. This isn’t quite the same as making greater inroads into sports, but if women can drive change in male-dominated fields like gambling and football, it bodes well for their ability to drive change in other spheres of society.

Coming off the back of a successful Olympics and a new television deal, there have arguably never been more eyes on women’s sport than there are right now. Not every new viewer will buy a ticket to a competition or even stick with their new interest for the long term, but they might tell other people about it while they’re watching. They might spend money that they’d never have spent in the past or follow an account on social media that they would never otherwise have followed. All of this counts as progress. We’re probably still a few years away from seeing the first female football player command the same kind of transfer fee you’d expect to see if a world-class male player moved from one club to another. Still, the results of this survey make us increasingly confident that the day is coming.