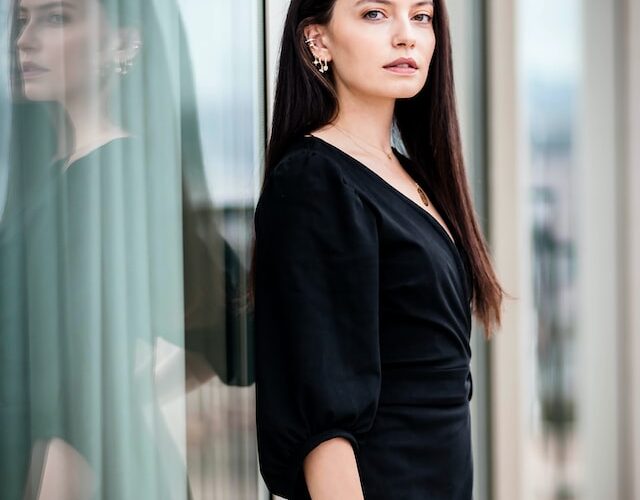 The little black dress is a symbol of a complete and modern wardrobe. No woman of style would dream of being without such a garment. Men have worn black for centuries as a symbol of position and stature.

Black Is Important to Dolce & Gabbana

The designers spoke about their love for the color black and how that color was an important part of their upbringing in their native Sicily in a recent podcast. Molto Italiano is now available to listen to for free on Spotify and Apple Podcasts, as well as other major audio platforms.

The podcast explores the culture and traditions that contribute to Dolce & Gabbana’s visionary designs. In Episode 2, the designers discussed why the color black is so crucial to their designs.

Domenico Dolce described Sicily as a black island. Sicilian women always dressed in black as a sign of mourning. The men in their lives died early from either war or disease, or they’d migrate to other countries and never return. Women who lost these men frequently wore black for the rest of their lives.

Dolce said that growing up in Sicily is to know every shade and meaning of black. “I could speak about the color black for three hours,” he said. “It collects all colors.”

Black Is a Color of Contrasts

He described black as a color of contrasts, just as life in Sicily was filled with those contrasts when growing up. Sicily has a saying that there is no funeral without a smile and no wedding without crying. Black implies the mystery of the light.

The designers frequently use black in their designs and during their Alta Moda shows to remain loyal to their roots. The designs are a reinvention of the color.

Black Has Been a Fashion Statement for Centuries

When the Duke of Burgundy, John the Fearless, died in 1419, his son Henry wore black for an entire year as was the custom. Henry would have been allowed to wear colors again a year later, but he didn’t. Henry realized he looked good in black and continued wearing the color. He was one of the first people to make wearing the color black fashionable.

Black has always been the color of status and power. Priests and monks wear black. The Sicilian puppeteer always wears this color as well while creating a story. As the designers frequently wear black, stated in the podcast, “We are not subject to fashion. We are making fashion.”

The color black will remain a constant with Dolce & Gabbana because of its powerful effect on the eyes and its understated elegance. It instills glamour and beauty.