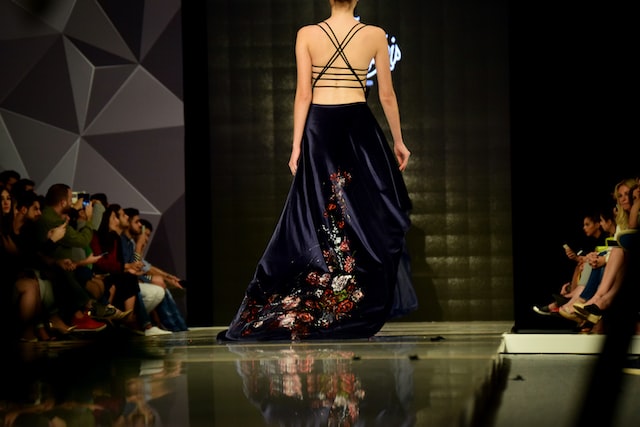 Alta Moda is one of the most iconic collections to ever come from Dolce & Gabbana. Worn by superstars like Zendaya and Helen Mirren, this collection has been influential, to say the least. But what comes next?

To know what’s next for Dolce & Gabbana as a whole and Alta Moda, you need to look back a bit. The collection started in 2012 with only 80 people in attendance. After the first week-long show, the stunning artistic styles were a hit. Alta Moda became one of Dolce’s most popular high fashion collections, and celebrities were clamoring to get their hands on some of the pieces.

This year, Dolce & Gabbana celebrated the tenth anniversary of Alta Moda’s release. This season’s line was inspired by the statuary in cathedrals, with curves and flourishes gracing garments in unexpected ways. In typical style for this iconic high fashion house, the textiles are adorned with flowers and exquisite lace reminiscent of churches in the Italian countryside.

The latest two shows from Alta Moda have been immaculate, to say the least. In 2021, the high fashion house met in the stunning city of Venice to show off its latest designs. Models entered the show on gondolas before walking the red carpet, giving the whole affair an otherworldly environment. The pieces from this show were geared more toward a younger audience as part of D&G’s attempts to bring younger interests into high fashion.

The most recent Alta Moda show was in Siracusa, Sicily. The beautiful venue was easily outshone by the garments, as models walked the runway in garments inspired by the Italian culture around them. Hundreds of A-list celebrities were in attendance, with some of the most notable being Mariah Carey, Helen Mirren, and model Heidi Klum. Many celeb parents brought their children with them, giving them a front-row introduction to high fashion.

So what’s next for Alta Moda? Now that Dolce & Gabbana have celebrated their monumental decade anniversary for the collection, it seems like they’re switching gears a bit. While there’s no indication that they will ever move away from the haute couture the world loves, the recent shows give the impression that the brand is shifting to include lifestyle pieces. Even on the runway in Venice, there were high-fashion branded shirts that celebrities and other fashionable customers could sport as they go about their business.

Along with bringing Alta Moda off the runway, Dolce & Gabbana also appears to be bringing it to younger viewers. While previous years’ collections have been entirely geared toward more mature audiences, the triumph in Siracusa had a beautiful mix of garments for every audience. The increased client range is evident in the fashion show audience. More celebrities brought their families, including teenagers, to the Siracusa show than ever before. The world may expect to see younger people wearing high-end fashions such as Alta Moda as a lifestyle brand in the next few months.

In summary, the tenth anniversary of Alta Moda was a roaring success. Between the clever rebranding and the celebrity endorsements, Dolce & Gabbana’s future is secure.