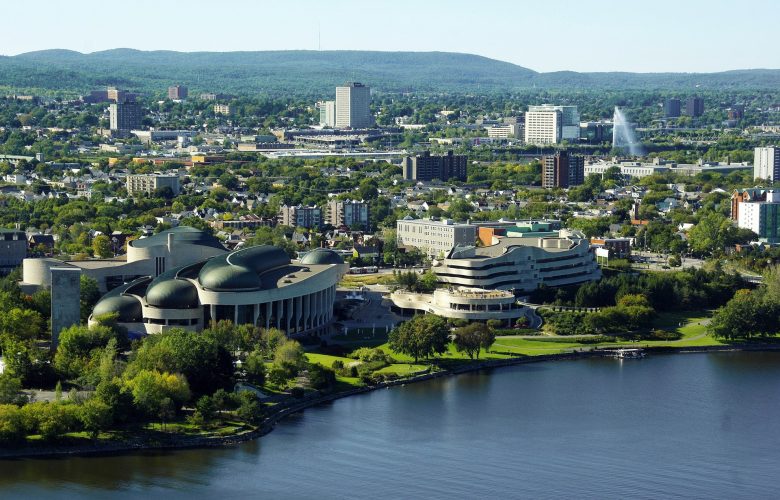 Canada has an incredible amount to offer, whether you’re looking for bustling cities, incredible scenery, or adrenaline-pumping activities. Although this nation might not be the warmest part of the planet year-round, there’s something truly unique about it. Whether you’re a Canadian or visiting from abroad, there’s no shortage of amazing ideas you can try out if you plan to travel to this country and look for some of the best places to visit in Canada.

Most travelers pick one particular region of Canada and explore it fully. Because Canada is so large, even a single province can provide you with weeks of fun and adventure. Of course, that depends somewhat on the particular province you choose. Some travelers prefer to hop across the entire nation, making stops at the places they find most interesting.

What Should I Do In Canada?

Now that you know about the different provinces and cities in Canada, it’s time to figure out what you’re going to do once you get there. There are many different attractions and landmarks that you might want to check out, and your choices really depend on your unique personality and priorities.

One obvious recommendation is to go skiing or snowboarding. Even if you’ve never done this before, you can easily learn within a few days. Experienced, encouraging instructors are on virtually every mountain, and they’ll help you every step of the way. Snowboarding is a little more difficult to learn at first compared to skiing, but it’s still possible to get up and running within a day if you’re committed.

The great thing about visiting a world-renowned mountain like Whistler/Blackcomb is the fact that there are tons of things to do after you get off the slope. Whistler is a fully-developed town with bars, nightclubs, breweries, restaurants, and cafes… you name it! If you’re too tired to go out after a long day of skiing, you can always just chill out in your hotel and search for a list of the most trustworthy online casinos in Canada or play video games on your phone. Online gambling is legal in Canada if the online betting service is licensed by or owned by a provincial government.  Therefore, offshore betting sites are illegal in Canada.  It is important to know which sites are legal in Canada.  The rules can vary by provenance.  Having a guide to let you know which online gambling sites are legal in Canada can be very helpful.

Check out the wilderness

If you’re going to Canada, you should also do your best to experience the wilderness. Wander into the forests and find some of the most amazing natural landscapes, complete with unique animal life and plants. Canada is filled with amazing parks, such as Jasper National Park, Banff, and more. You don’t have to limit yourself to walking through the forests. Activities such as whitewater kayaking, birdwatching, rock climbing, and many others are options for visiting these parks.

Many people also make it their mission to visit Niagara Falls when they visit Canada. It’s not hard to figure out why, either. This incredible waterfall is considered one of the natural wonders of the world. You really have to see it to believe it.

Ontario is another one of the best places to visit in Canada. Ontario is another densely-populated part of Canada, and this province holds Ottowa – the nation’s capital. It’s quite a neat town.  Seeing government buildings is always a treat. Of course, most travelers will probably be more drawn toward Toronto, one of Canada’s biggest cities. Toronto is very close to the United States and shares many of the same cultural elements. It’s worth noting that the weather will be a lot less hospitable when you get this far East in the winter. Expect temperatures of minus 40 and massive snowbanks along the sidewalks. That being said, these cities are baking hot in the summer.

If you want to go even farther East, you’ll probably head to provinces like New Brunswick and Nova Scotia. These provinces lie on the nation’s East Coast, and they’re famous for having slightly more rural cultures. They are some of Canada’s most beautiful parts and have an extremely unique and welcoming culture.

Which Provinces Should I See?

Many people are immediately drawn to the most populated areas of Canada. Starting on the West Coast, this includes cities like Victoria and Vancouver. British Columbia is considered one of Canada’s most beautiful parts and also features the mildest climates. It never really gets too cold in BC, although the winter months are filled with almost non-stop rain. Visit in the summer, and you’ll find a wonderful locale complete with beaches, forests, and mountains.

Speaking of mountains, British Columbia is one of the best places to go if you love skiing or snowboarding. Whistler/Blackcomb is a world-renowned mountain that hosted the Olympics back in 2010. There are also many other ski mountains that are within about an hour’s drive from Vancouver, such as Cypress or Grouse. These mountains are considered to be some of the best in the world, and it’s one of the main reasons people visit Canada in the first place.

Of course, British Columbia isn’t the only part of Canada you should consider. Between BC and the East Coast lies a few of the “Prairie provinces,” which are famous for being flat and awe-inspiring. There’s also Alberta, which is famous for its trendy towns like Calgary and Edmonton. Edmonton is, of course, famous for the West Edmonton Mall, which is one of the largest malls on the planet.

Once you get a little bit farther east, you’ll find provinces like Quebec and Ontario. Quebec is famous for its French-Canadian culture and rich history. The city of Montreal has a distinctly European persona. You’ll notice prominent French influences in things like food and architecture. It’s also one of the best places to go if you’re on a mission for Canada’s national dish: Poutine.

Make the Trip to Canada

At the end of the day, Canada has a lot to offer. Because this nation is so vast, there’s a little bit of everything. No matter your priorities, you’ll probably find something incredible in this nation – as long as you plan your trip accordingly and target specific places that attract you the most. Now that you’ve learned all about some of the best places to visit in Canada, there’s only one thing left to do… Make the trip! When you visit Canada, take lots of photos and share them on Facebook and Instagram.

Featured Photo by Pixabay from Pexels