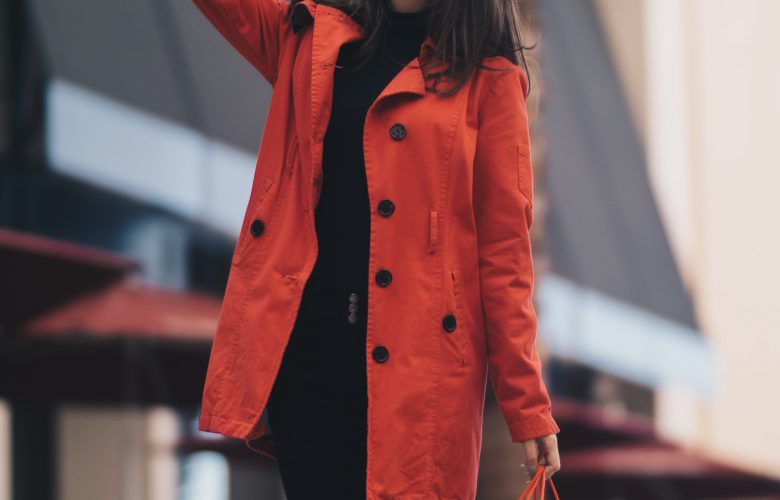 Certain stereotypes are indestructible. Despite plenty of evidence to the contrary, some prejudiced myths just seem to persist no matter how much research challenges their validity. Could the notion that women spend more money than men be one of such stereotypical myths – or is there some truth to the claim? Take a look at these stats about how men and women spend their money and who, overall, splurges the most cash.

Compiling data from Business Insider and third-party data providers, let’s start with the areas where evidence would suggest women do indeed spend more money than men.

Apparently, women spend about 30% more on their beloved furry pets than men do. Although it is not clear whether this relates to vet bills and medicines as well as ‘luxury items’ such as accessories and treats, the fact that women spend more on their pets is perhaps not surprising in light of how many pet products seem to be marketed toward women. Pink collars, lavishly fluffy beds, and heart-shaped pet treats can be found in virtually every pet shop. These items are presumably more appealing to female pet owners than the guy who comes in with his pet  Rottweiler named ‘Buster’.

Irrespective of income, women donate more money to charity than men. This has been evidenced by the Center of Philanthropy, which also uncovered that the more money a woman earns, the more money she is likely to donate. In fact, women in families earning more than $100,000 give almost twice as much to charity as men in the same income bracket.

When it comes to student and credit loans, women tend to pay off their debts faster. However, this is possibly somewhat connected to the fact that men’s mortgages tend to be around 5% more than women’s – increasing the likelihood that they miss a payment or have to use their credit. Opinion surveys also show that women are more likely to ‘shy away from debt’.

Unsurprisingly, women spend a whopping 50% more on beauty and grooming than men. From facial fillers and tummy tucks to labiaplasty, according to the American Society for Aesthetic Plastic Surgery, women accounted for a total of 1,425,495 surgical cosmetic procedures as compared to 108,144 for men in the year 2018 alone. In terms of grooming, consider the average female haircut, which can range from anywhere between $50 – $150. Then there’s all the pressure put on women to groom themselves according to certain standards, which requires razors, shaving gel, wax removal strips, eyebrow plucking, skin exfoliation and moisturization, hair styling, perfume, intimate products, make-up, and more. Whilst men are increasingly spending more on beauty products – like aftershaves, hair waxes, and facial washes – the total cost falls considerably short compared to what women shell out to look presentable. Hardly fair, right?

“I’ve got nothing to wear,” is a phrase you most likely hear your girlfriends say from time to time, and have undoubtedly at one point even uttered yourself. Women are more likely to engage in ‘retail therapy, i.e. shopping for several items at once, often in the form of shoes, bags, clothes, and accessories. They’re also less likely to resist a clothes sale than men, according to opinion polls. Here, at least, there’s some truth to the stereotype!

So now that we’ve covered the areas where women tend to spend more money, let’s consider those areas where men spend more cash before we reveal which sex spends the most money overall.

Dining out and drinking
According to the US Bureau of Labor Statistics, the average man spends more than double what the average woman spends on alcohol each year. Is this because men are more likely to pay for a women’s drinks at the club or out on a date? Are men more likely to buy a ridiculously expensive whiskey as a gift for their friend’s birthday – or do they simply drink more? This we cannot answer. We can simply point out that men also spend a third more on eating out than women do.

Men, on average, spend a tad more on groceries than women, which – combined with the fact that they spend more on dining out too – means men spend considerably more dosh on grub than women!

Men are far more likely to gamble than women – and this is true of almost all common kinds of gambling, from sports betting to pub slots to casinos. Furthermore, when women do gamble, they tend to prefer a less risky game; typically a high RTP (return-to-player) and low-variance slot like Rainbow Riches Pick N Mix. In contrast, the average male gambler likes to bet on poker, blackjack, and high-variance slot games like Dead or Alive.

Whether splashing out on fancier hotel rooms or paying for first-class flight tickets, men spend around 25% more on travel overall. Most men invest in a private jet card.

A recent survey has indicated men in the USA tend to have around $10K more than women saved up for their retirement, however, it’s unclear whether this is mostly due to different financial priorities between the sexes, or simply the gender pay gap meaning women have less money to put toward their pension.

Buying the latest PlayStation, getting a new pair of headphones, or testing out new gadgets – are all purchases that fall under electronic consumerism, an area where men tend to spend way more than women. Surprisingly, however, a study from 2012 revealed that women bought more electronic products – like laptops, smartphones, and tablets – overall. Yet, Forbes reported in 2017 that men are still spending 10% more, on average, on tech and electronic products. This means that whilst women buy more products, men spend significantly more on individual products.

Now, don’t be thinking men only spend more when it comes to hamburgers and gaming consoles. Here’s the data that will make you say ‘aaaaw’. Men have been shown to spend considerably more on Valentine’s gifts for their partners than women do for theirs. This is likely due to the expectation put on men to shower women with flowers, chocolates, and jewelry on the most romantic day of the year. It seems a little unfair! Although not quite as unfair as the gender pay gap…

Where women and men spend their money

Statistics reveal that men make more purchases online than women. In fact, men are more than 10% more likely to make a purchase online or on their mobile than women are. Could this be because two of the women’s biggest areas of consumerism – fashion and beauty – are more safely considered in-store? Trying out clothes in changing rooms before putting any money on the table is usually a more attractive option than buying clothes online, then having to go through the hassle of sending them back and getting a refund if left unsatisfied with the product.

According to some studies, women are also more attracted to discounts, whereas the male shopper is more impressed by overall ‘package deals’ (extra items are thrown in, free shipping, etc). Men are less likely to wait until a sale to buy something, less likely to collect coupons, and less likely to keep a strict budget. Women are more likely to be loyal to certain shops online, whereas men are more likely to search in search engines for a product and then buy it regardless of whether they’ve previously purchased from that same online store before.

So who spends the most overall?

Men spend more than women on just about everything – from travel to dining out to phone bills. Only in certain areas, for example, clothes and beauty products, do women spend more. Why the considerable difference? Do women simply have less money to spend because of the wage gap? Could the difference also be due to the fact that women are often conditioned to be more careful, considerate, and sparing than men? Do men feel less ashamed of treating themselves to luxuries – like pricey dinners and first-class tickets? The reason is unclear – but what is clear is that the next time someone suggests all women are shopaholics, you can put them straight!