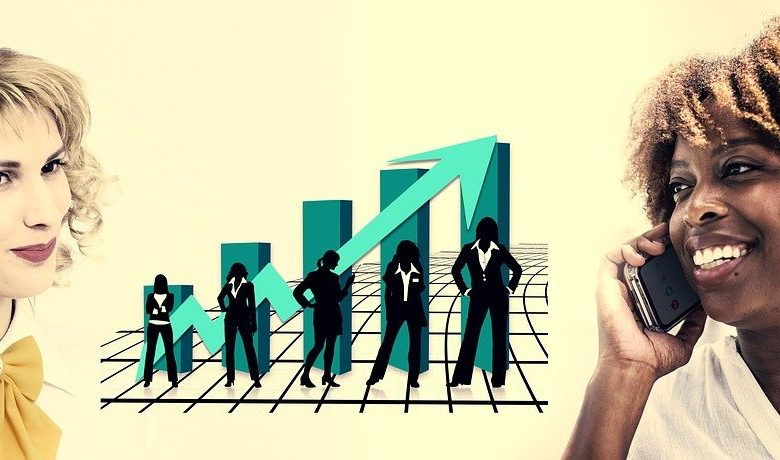 We’re still within the opening two months of a new year. This is a good time to take stock of your situation and decide what you might want to do with the year ahead of you. You’ll likely have personal and professional goals to work toward. Your current occupation may or may not be compatible with those goals. Most of us are guilty of sticking it out in a job that we hated for far longer than we should have done. We do it because it’s convenient, and we’re used to it. Those are bad reasons. We should stop hanging around in places that aren’t good for us.

If you’re considering a change of job, you might also wish to consider a career change. Here in the early 2020s, more and more industries are finally beginning to move with the times and open themselves up to women in a way that they never have before. Job opportunities that wouldn’t have existed two decades ago are here to take now. You might find that your skills are in high demand from companies you never thought possible – especially if it’s been a while since you performed a temperature check on the market. If that’s the case, we’d like to give you some pointers. Here are a few industries that are currently opening themselves up to women and might be interested in candidates like you.

It’s only been a little over three years since the New York Times ran an article asking where all the female architects were. Now it’s understood that they take around 25% of all new job openings within the industry.  The only reason that figure isn’t higher is that not enough women are applying. There’s no reason why men should be naturally more skilled at management or design than women. There’s also no reason not to apply. Most reputable firms would love to correct their gender balance issues – they just haven’t seen the right candidates to make that happen. Could you be the right candidate? You’ll need a relevant qualification.  It might take you a while to get one depending on the individual requirements of the firm you want to work for – but the average salary is $80,000, so it’s worth it.

We’re not talking so much about female police officers here as we are about high-ranking female police officers. There isn’t a gender imbalance within most police forces in metropolitan areas. However, there is a shortage of female faces in influential roles, and that has to change. Many local, regional, and national police departments would love to have women in senior positions. There’s also a shortage of female detectives.  Anyone who’s ever watched a crime drama knows that police detectives have all the fun! There are, perhaps, some instances where women can make for better detectives than men because of their greater emotional intelligence and their ability to solicit sympathy or co-operation from suspects. You’ll likely need a bachelor’s degree to secure such a role, after which you can expect to earn around $80,000 per year.

One visit to 4chan should be all it takes to tell you that there aren’t enough highly computer-literate women out there. It’s not that women can’t use computers – there’s no difference between male and female performance when it comes to basic computer skills – it’s that they don’t pursue careers in computing. Computing is an incredibly male-dominated field, which leads to systems being built by men with a male perspective. As has been the case with both of the other roles we’ve mentioned so far, computing is an industry that knows it has a gender imbalance problem. It’s been known for years. It’s struggling to do anything about it because of a lack of interested parties. If you and your bachelor’s degree were to apply for a role as a computer programmer, you’d be doing the industry a favor and receiving $82,000 per year for your kind assistance.

When we mention gambling here, we don’t mean that women should take up professional gambling as a career choice. Some women do, and the best ones tend to be excellent at it, but the face of gambling is changing behind the scenes. The best-paid female director in the world is a British woman called Denise Coates. She sits on the board of Bet365, earning between £250m and £350m each year. We’re deep into the era of online slots websites and internet casinos when it comes to gambling, and they’re beginning to show a more female-friendly face, too. One case in point is Rose Slots, which was specifically designed to appeal to female players. Until online slots websites were invented and companies started to keep track of who played on them. It wasn’t thought that women were interested in playing slots at all. Now they’re a significant-enough demographic to have specific online slots websites created for them. This emerging demographic needs female representation at the boardroom level. The financial rewards for performing that role appear to be limitless.

Any ‘manual’ trade is more likely to have a male workforce than a female one. The issue appears to be especially bad when it comes to electricians. That’s a shame not only because it suggests that the industry still has a very long way to go but also because electricians are among the best-paid people in any manual trade. Women are missing out on the money. The appeal of this potential career change is that as long as you’re successful, most of your learning is done on the job. You typically start as an apprentice and then branch out on your own once you’ve picked up enough knowledge to deal with issues as they arise. There’s no upper limit on earnings, but an average electrician earns around $60,000 per year. A good one will earn far more than that. There’s an ongoing demand for electricians that sees the sector grow by 10% each year, so there will always be work available. If you can stand to drop to an apprentice’s salary for a little while, why not give it a try?

While we could go on further with this list, we hope you get the message now. In 2021, it’s no longer a case of finding somewhere that it’s acceptable for women to work. Women can work anywhere. It’s more a question of kicking down doors and making the most of the opportunities hiding behind them. If you want a career that goes against gender norms, go out and find it. You’ll never know if you can do it until you try.