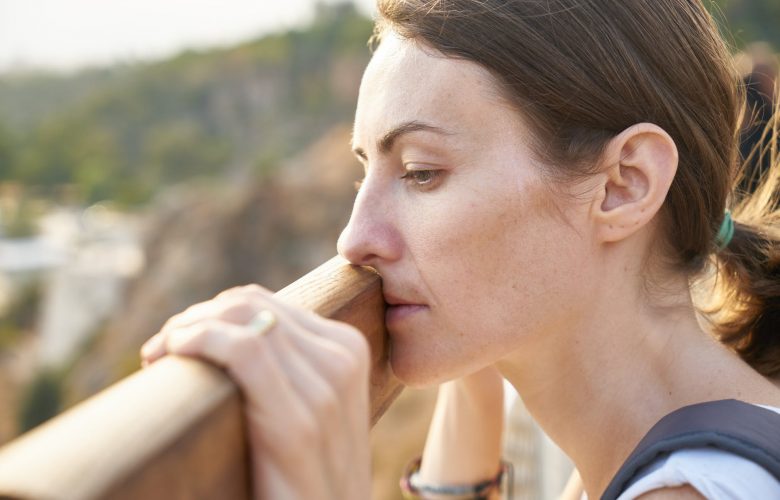 For many women, pregnancy and caring for a newborn are the most important periods of life. It seems that they should be accompanied by bright feelings of joy and satisfaction. However, emotional, hormonal and physical changes in the body, which occur during this period, can cause sadness, confusion, or even bitterness and aggressiveness. Over time, a new mother usually copes with these emotional problems. But for some, this may be more challenging, and all these negative feelings intensify, taking on forms of postpartum depression.

Postpartum depression mainly occurs several months after giving birth. The symptoms of postpartum depression are like those of baby blues (mood swings of a new mother observed in 2/3 of cases, associated with excessive sentimentality, tearfulness, sadness, irritability), but along with it, there are more severe signs:

According to research by specialists from the University of North Carolina, mothers who do not like to breastfeed a baby in the first week or two after giving birth, face postpartum depression with high probability. These women have a 42% higher risk of developing this condition than those who regularly breastfeed their babies.

How to deal with depression

A woman in postpartum depression is often too worried about the health of her baby. However, her anxiety and fears can be harmful to the child. It may be challenging to ensure not only adequate physical care but a mentally harmonious space for a child. Some of the possible problems are pathological symbiotic relationships between mother and child, emotional alienation from the child, psychosomatic illness in the child.

A mother who experiences postpartum depression should seek help. There are several options:

At the same time, she needs to adhere to the correct daily routine and diet. What can help the treatment process? Regular contact with friends and relatives, a balanced diet, daily walks outside. An ordinary walk is a part of a complex of general strengthening means for many diseases. It is essential to avoid alcohol and caffeine, sleep enough and ask for help with household chores. Fatigue can increase depression. Participation in any social support programs and groups is very favorable too.

Breastfeeding is crucial as it brings significant benefits to the child. Breast milk contains the minerals and nutrients needed to grow a baby. It also reduces the risk of many diseases. Some studies also show that breastfeeding has a positive effect on the development of the baby’s brain.

Numerous studies have established the connection between non-breastfeeding and post-natal depression. However, in fact, depending on a number of other factors, difficulties with breastfeeding can be both a consequence and a cause of postpartum depression.

For example, a depressive state after childbirth can be observed due to a sharp decline in hormones. During pregnancy, estrogens have created a stable, emotionally good background. Therefore, relatives and friends may notice that while being pregnant, the woman becomes gentler and calmer. The placenta is involved in the development of estrogen during pregnancy. After the birth of the placenta, the hormonal levels of the mother’s blood change dramatically, and emotionally the woman who gave birth becomes very vulnerable.

On the other hand, breastfeeding contributes to the production of the hormone Oxytocin in the mother’s body. Oxytocin is a prerequisite for breastfeeding and the formation of an emotional connection.

Upon contact with the baby, skin to skin, in the mother’s body, a potent soothing hormonal cocktail is formed, one of the main ingredients of which is oxytocin, the hormone of love and embrace. Oxytocin is produced at every contact with a newborn and even when you just think about the baby or smell it. This smart hormone helps you to adapt to motherhood. He stimulates the ‘maternal behavior’ – the desire to care of the child, look into the eyes, and gently talk.

In addition, oxytocin fights anxiety and depression, thus protecting you from postpartum depression.

In the absence of breastfeeding after childbirth mothers have a sharp drop in the level of maternal hormones. In addition to oxytocin, these include hormones, neuropeptides, including the well-known “joy hormone” endorphin, as well as prolactin. Prolactin is a potent tranquilizer; it calms mum during feeding. Oxytocin during breastfeeding helps a woman to focus on the essentials, discarding minor matters and problems. Due to these hormones, the mom builds a clear value system, more expediently organizes her time, streamlines the response to the events of the outside world. Mom has additional mental resources to solve various problems.

In general, it can be said that by producing oxytocin, endorphin, and prolactin, the body protects itself against depression. Therefore, first of all, you need to focus on preventing external factors affecting the development of depression and, if possible, taking care of your emotional state and the most favorable conditions of the first months of motherhood yet before birth.

The task of the mother is to try to ensure breastfeeding, but postpartum depression can happen in any woman. Among the triggers which can start it, there are a variety of events and phenomena. You should understand that perinatal depression is not fiction and be alert to assess and eliminate the risk factors in advance.

Jilian Woods is a freelance journalist and a contributing writer having more than two years of writing experience. Being a member of EssayPro legit essay writing service writers’ team, she sees her purpose in producing and sharing relevant content with people who are willing to expand their knowledge base and learn something new for themselves. Apart from her day job, you may find Jilian engaged in volunteering or doing yoga.