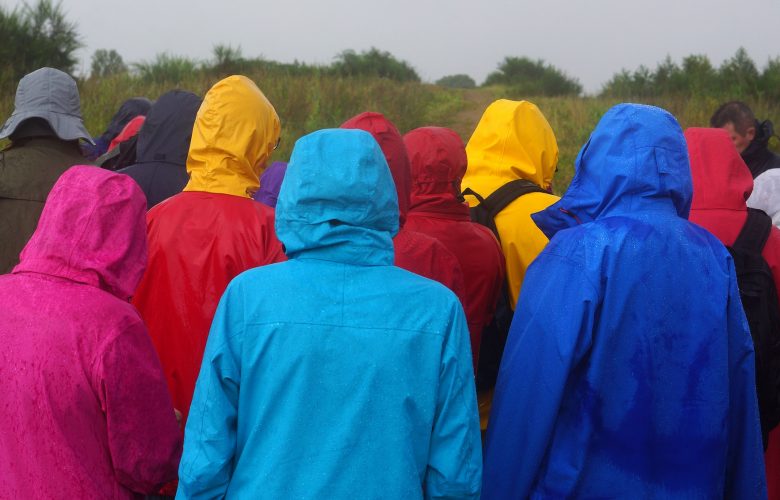 It has been over 195 years now since raincoat was first patented thanks to the invention of rubber solutions. Today, we have different rain collections and rainwear that are built with the consciousness of fashion. However, they didn’t start out to be this sleek.

How it all began

Rainwear has been around for years. The idea for rainwear started with Sir James Syme (1799-1870), a Scottish doctor who took an interest in other fields, including waterproof textile dyes. The works of Sir James Syme overtime caught the interest of Charles Macintosh, who was at the time running experiments with the waste products of black coal gasification. By using a by-product of this process called coal tar naphtha, Macintosh was able to create waterproof fabrics, but they smelled terrible. So, in 1823, he filed a patent for it.

Over time, several other rainwear companies have emerged, such as the company set up by George Barbour, a Scotsman whose raincoat innovations have been judged with a good reputation, regardless of its expensive nature. Barbour’s jackets are made from cotton or blended cotton, with a mixture of wax and oil or wax alone.

Trends have moved from wax inspired rain jackets to polyvinyl Chloride (PVC). In the 1970s and 1980s, the oilskin rainproof clothing became quite popular, especially among fishermen and sailors. However, the flip side of the oilskin raincoats was that they were not breathable.

Nowadays, raincoats come in both natural and artificial fabric blends (especially microfibers and plastic coated fibers). The latest innovations in the rainwear industries involve computer-governed machine processing of these fabrics. To waterproof these fabrics, the raincoat fabric goes through many rollers.  The fabric is then dipped into large chemical-filled containers that cause the fabrics to be waterproof.

Rainwear is compatible with all seasons

The trend today is that manufacturers now make sets of rainwear that are compatible with all season, and multipurpose. The material, style, and shape of the new-generational rainwear can easily pass for fashionable wear. And of course, they are fashionable.

Women now wear their rainwear with pride over other pieces of clothing. For instance, the fashionable Fleece Zip puller can work over tight jeans with ankle boots, and everything is fine with the world. Other classic styles include styles with rainpants worn against long-sleeved top with a pair of tennis. Another cool and reserved look is the matchmaking between short raincoats, a pair of shorts, and ankle boots.

These are only a few examples from the typical cases of fashion branding done with rainwear. Thus both manufacturers and users are wearing rainwear for other reasons than “wet weather.” Now, it is a fashion show. Are you left behind?