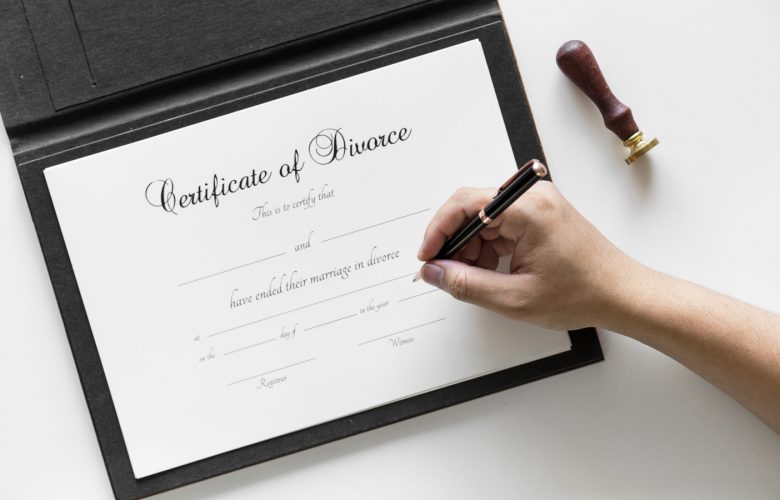 Divorce has become so common. Even though it is not recommended, many marriages in the UK end up in divorce. Divorce and separation can be a very complicated process that needs effort and financing. A woman’s guide to divorce covers what you need to know about getting a divorce. Read on to find out.

According to recently-released statistics, about 41% of marriages in England end in divorce. A total of 106,005 couples divorced in 2019 (the most recent year listed in the official statists). Out of this number, 105,557 were opposite-sex couples, while 448 were same-sex couples. Compared to 2018, the number of divorce cases dropped by 4.9%. Several factors have been attributed to this drop. The most common one is the fact that couples are learning to tolerate each other instead of filing for divorce and separation. Another reason is that many people are getting married at older ages, reducing the need for divorce.

The most common reason cited in the UK for divorce is “unreasonable behavior.” This is especially common among wives, with 83% of them citing it. On the other hand, 73% of husbands give the same reason. They are many factors covered under “unreasonable behavior.” For instance, it could be a lack of emotional support, poor sexual relationships, financial misunderstanding, or domestic abuse. Some of the other factors that could lead to divorce are adultery and desertion. Desertion occurs when an individual abandons their spouse without consent for at least two years. Of all these reasons, unreasonable behavior is the most cited one.

The reason behind it is that it allows people to get divorced smoothly and quickly. All the other reasons mentioned (apart from adultery) will need the couple to wait before they can legally end their marriage. In the UK laws, “no-fault” divorce is prohibited. Therefore, couples need to prove that their marriage is not working and needs to end. When adultery is cited as the reason, one of the couples should admit to it. Unreasonable behavior doesn’t need any of these procedures, making it the fastest and simplest way to divorce.

Like in any other profession, there are good and bad lawyers. When choosing your divorce lawyer, you need to go for the best. Do your homework by asking questions and determining the lawyer’s standards. A good lawyer will listen to your preferences, inquire about what you hope to achieve, and give you a frank assessment of the potential outcome. Depending on the intensity of your case, you need to be sure of your lawyer. Assess them and decide whether to pick them. Here are some attributes a good divorce lawyer should have.

Dealing with Emotions – Getting Help

Dealing with divorce and separation can be very depressing. It is a process that triggers all kinds of uncomfortable, unsettling, and tormenting thoughts. It might give you the emotion of loneliness, grief, guilt, despair, depression, devastation, anger, anxiety, or frustration. No matter your role in the breakup, the end of a significant relationship often brings sadness and grief. When in such a situation, you should seek professional help. Get the services of a counselor, one that will help you go through the whole process. When left unmanaged, emotions can lead to serious health problems.

Divorce comes down to the dividing of finances. When getting married, a couple can make a legally enforceable agreement about what happens to their finances if the relationship ends. Financial agreements can be at the beginning of a marriage or during a divorce. It is important to note that financial agreements can only be binding if the couple gets independent legal advice. Both parties must also sign the financial statement.

When a marriage or relationship comes to an end, the couple will have to figure out how they will split up their properties and other financial aspects like debts and superannuation. The couple also needs to figure out whether one should give continuous financial support to the other. All these concerns can be sorted out of court, but a court will handle it if the couple can’t agree.

Some spouses file for sole custody during a divorce, while others settle for joint custody. Today, however, many courts hesitate to grant sole custody unless it is necessary. The reason behind it is that the limited involvement of the other parent hurts the children. In case sole custody is granted, a court awards generous visitation rights to the other parent. The type of custody decision given during divorce proceedings is very impactful. For instance, when the court rules that the wife has full custody of the children, she will make decisions affecting the children without consulting the husband.

During divorce proceedings, every document matters. In the case of court hearings, documentation will be crucial for your success. It doesn’t necessarily have to be trial hearings but also normal divorce negotiations. Documents are key to getting yourself a fair deal.

The best advice for divorce is to try and work it out if possible. It all depends on your situation. I hope this article, “A woman’s guide to divorce,” has been helpful.