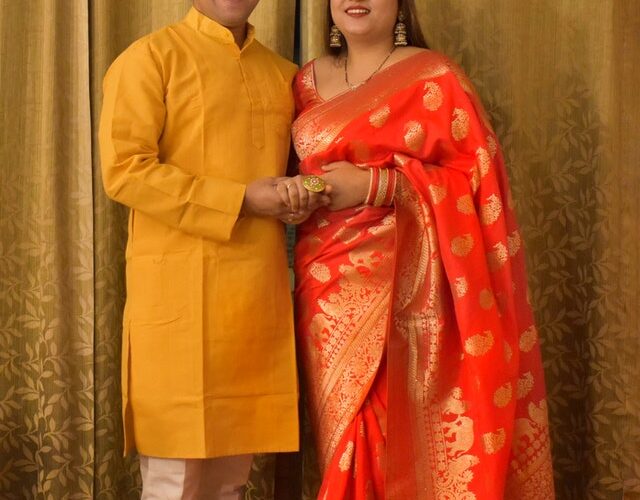 There have been many fashion trends that have originated from one country and spread across the globe. This gives people a chance to experience a new culture and wear things they normally would not try. The Kurta is one such example of this that has made its way across the world. Stunning onlookers as they gaze upon some of the intricate designs present on the article of clothing. Most will know that the Kurta originated from India, but there is much more to know about the outfit that has made the world a little bit more colorful.

The Kurta stretches back to ancient times, and it is of the more traditional outfits that people living in Asian countries wear. This includes countries such as Pakistan, Nepal, Bangladesh, Sri Lanka, and India. Both men and women can wear the Kurta.  The ones designed for women are called Kurtis. This was not always the case, though. Some may be surprised to learn that the Kurta was originally developed for men and became a popular attire worn by the men living in these countries. As time passed, women’s clothing also started being worn, which is where the more feminine term Kurti was introduced.

History of the Kurta

To get a good idea about how the Kurta exploded, one just must look back to the 19th century, which in the grand scheme of things, was not too long ago. The clothing began to gain popularity as many scholars, artists, and poets donned the Kurta during this time. These professions were highly respected at this time, so the wider public naturally donned the fashion choice after seeing such respectable people wear the Kurta. There is no doubt that the Kurta of today is full of elaborate designs and intricate styles that will captivate anyone. Those who appreciate the gorgeous complexity of these outfits will appreciate that most clothing retailers sell them, with Kurtas for Women available at the likes of Khaadi, for example.

However, the Kurta was not always so intricately designed. In the 19th century, it was very simple, containing extremely limited designs. The most used material that produced the outfit was cotton, but silk would also sometimes be used to make Kurtas for special occasions, such as weddings. Additionally, as silk Kurtas were more expensive than cotton ones, those with high social standing and a great amount of wealth would wear silk Kurtas frequently.

Popularity during the 60s and 70s

More recently, the Kurta saw another explosion of popularity during the 60s and 70s, characterized by the hippy movement. The people who wore the Kurta during this time did so because of the loose-fitting. Many found it comfortable and followed the carefree attitude that was commonplace in the 60s and 70s.

There is no doubt that the Kurta has penetrated most areas of the world and is still popular today. Those interested in the outfit will be happy to learn that there are many styles and designs to look at. When it comes to choice, potential buyers are simply spoiled.