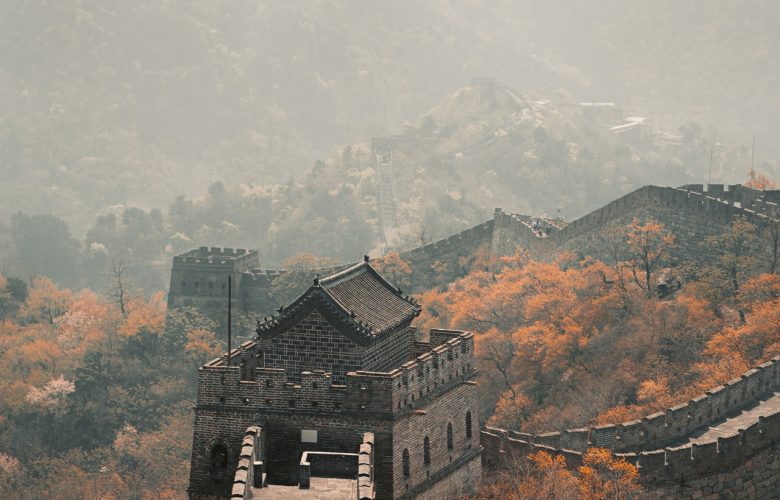 There’s nothing wrong with taking a vacation on your own. We know that you already know that, but sometimes you need to hear it from somebody else just to reassure you that you’re right! When you’re young and single, you have your whole life ahead of you. Family trips with partners and children can wait until later if that’s what you want to do with your life. While you have the freedom and the budget, you should explore as much of the world as you can – and you should give traveling to China solo some serious consideration as a potential destination.

When people take vacations to the Far East, they tend to visit Japan rather than China. That’s understandable – Japan is a tech-lovers paradise and tends to be portrayed positively by the press, whereas China sometimes gets harsh coverage. Our stereotypes about China don’t help with that. Try logging onto an online slots website and looking up the Chinese-themed Playtech slots available there. Online slots with names like “88 Fortune,” “Dragon’s Luck,” and “5 Lions Dance” might look quirky and charming, but the depiction of China that they represent is cartoonish – and it’s one that’s stuck with our western mainstream culture. We’re not saying that online slots set the tone of how we view the rest of the world, but they’re a useful example of how certain cultures are often portrayed.

The best way to redefine your view of China is to see it with your own eyes. Beijing and Shanghai are among the world’s most beautiful cities, and there’s much to be said for Kunming and Hangzhou. As with anywhere, you might choose to visit on vacation, though, there are a few things that you ought to know about in advance – and here they are.

You’ve probably never heard of the “Beijing Tea Scam” before – which is why it works so well. In some places in Shanghai and Beijing, solo travelers find themselves approached by one or two (usually attractive) Chinese natives who speak English. They’ll introduce themselves to you and start a conversation, and then invite you to take part in a ‘traditional tea ceremony.’ As soon as you’ve agreed to that and you enter the venue, you’ll be paying for your tea and theirs anywhere between ten and twenty times the going rate. Some people lose hundreds of dollars this way, and others have lost thousands. Remain polite if you’re approached, but insist that you have a prior arrangement to get to and keep moving.

The standard advice for most trips abroad is to take your cards with you but carry as little cash as possible. In China, it’s the opposite. Almost all major credit cards don’t work in China. Your debit card probably won’t get you anywhere, either. It’s not exactly the safest practice, but unless you have cash on your person, you might find yourself struggling to pay for anything. That’s less than ideal – especially if the person you’re debating the payment situation with can’t speak English. There might be a way around this in major cities, where payment for services through mobile apps is becoming increasingly common. Still, that option is unlikely to exist if you’re planning on visiting more rural areas.

Bring Your Own Toilet Paper

You shouldn’t have a problem with this issue in Beijing or Shanghai, but there might be issues elsewhere. Venturing into rural China can often feel like traveling back in time – a feeling that’s enhanced by the fact that there’s often no soap or toilet paper in the toilets. Sometimes, the toilet won’t be much more than a hole in the ground with something for you to sit on. Don’t take chances with this – there would be nothing worse than getting caught short! Carry a small amount of toilet paper with you at all times, and bring some hand soap or sanitizer to go with it. You’ll be very glad it the moment you need it ever to arrive!

Don’t Get In Black Cabs

Privately-owned, unlicensed street taxis are a problem in China. They go looking for tourists, and they sometimes drastically overcharge them for short and simple journeys. You’ll know if you’re being scammed if the driver doesn’t turn the meter on when you get in. The best way to avoid this problem entirely is to use a taxi app with guaranteed pricing. Your Uber app is one of the few Western apps that should work fine in China, but you may want to download and install something called Didi instead. Didi is a native Chinese app, but it connects to the same pool of drivers that Uber does. Chinese taxi drivers tend to prioritize Didi over Uber, so you’ll probably be waiting longer for your ride if you stick with the app, you know.

Unless you’re very confident with the Chinese language, don’t attempt to speak it to strangers. Attempting to communicate in the native tongue is appreciated in Europe because it demonstrates to your hosts that you’re making an effort to communicate with them on their own terms. Still, in China, it can be deemed offensive. Even if you’re able to utter a coherent Chinese sentence or two, there’s little chance that you’ll understand the response, and that’s frustrating for your hosts. The majority of people living in big Chinese cities – especially those working in customer-facing roles – know enough English to get by. Even if they don’t, pointing at things and miming will usually get the job done.

Aside from the above, exercise common sense. Don’t walk anywhere on your own late at night, and stay within busy areas. Foreign tourists are less likely to be attacked in China than in most countries because criminals are punished harshly for damaging the country’s international image. However, danger still exists if you don’t keep your wits about you – just as it does everywhere else. China is a beautiful country with an incredible history, and it welcomes visitors from abroad. If you’re young and free enough to go and see it, why not give traveling to China solo a try?